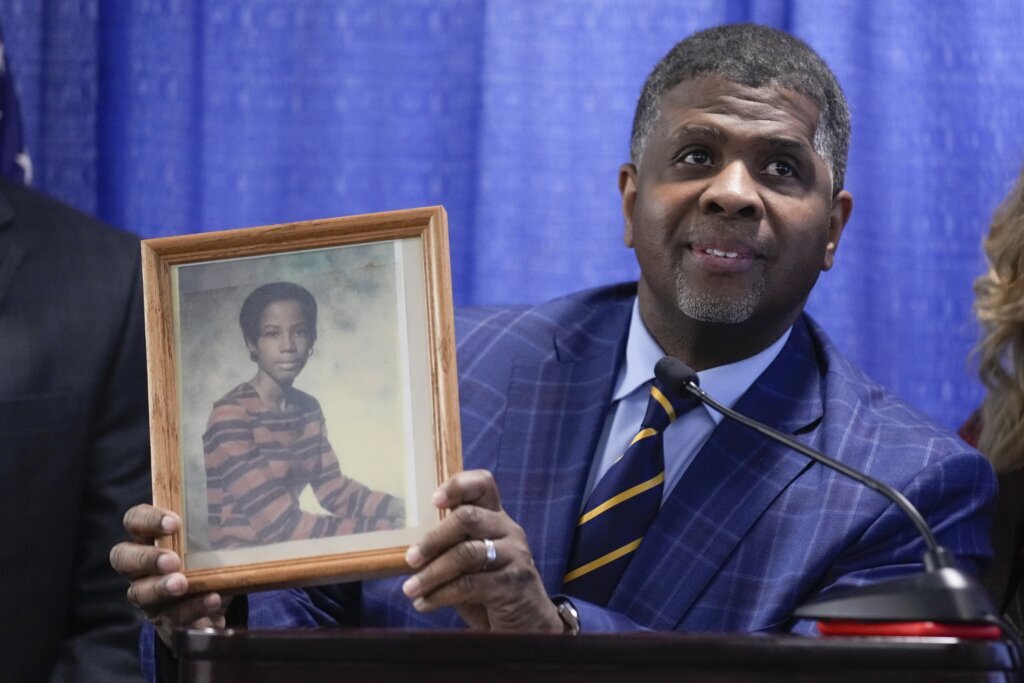 MINEOLA, N.Y. (AP) — A serial slayer known as the “Torso Killer” already convicted of 11 homicides admitted on Monday that he also killed five women on Long Island in the late ’60s and early ’70s.

Richard Cottingham was sentenced Monday to 25 years to life for the slaying of 23-year-old Diane Cusick, who was killed in February 1968 after buying shoes at the Green Acres Mall in Nassau County.

As part of a plea deal, Cottingham received immunity from prosecution for the four other killings. The 76-year-old prisoner attended the hearing via a video feed from a New Jersey prison.

“Today is one of the most emotional days we’ve ever had in the Nassau County district attorney’s office,” District Attorney Anne Donnelly said at a news conference where she was joined by several family members of Cottingham’s victims. “In the case of Diane Cusick, her family has waited nearly 55 years for someone to be held accountable for her death.”

Donnelly said Cottingham, believed to be one of the United States’ most prolific serial killers, “has caused irreparable harm to so many people and so many families, there’s almost nothing I can say to give comfort to anyone.”

Cottingham has claimed he was responsible for up to 100 homicides. He has been imprisoned since 1980. He is known as the “Torso Killer” because he allegedly cut off the heads and limbs of some of his victims, authorities have said.

Authorities believe Cusick left her job at a children’s dance school and then stopped at the mall to buy a pair of shoes when Cottingham followed her out to her car. They believe he pretended to be a security guard or police officer, accused her of stealing and then overpowered the the 98-pound (44-kilogram) woman. Cusick’s body was found on Feb. 16, 1968.

The medical examiner concluded that Cusick had been beaten in the face and head and was suffocated. She had defensive wounds on her hands and police were able to collect DNA evidence at the scene. At the time, however, DNA testing did not exist.

Cottingham’s DNA was entered into a national database in 2016 when he pleaded guilty to a killing in New Jersey. In 2021, police in Nassau County began running DNA tests again on the cases involving the slain women and came up with a match to Cottingham.

Cottingham was working as a computer programmer for a health insurance company in New York at the time of Cusick’s death.

The other four women Cottingham confessed to killing on Monday were slain in 1972 and 1973.

Donnelly said that when detectives questioned Cottingham in prison, he provided information about those four cases that only the killer would know.

Amnesty International Canada says it was hacked by Beijing