RICHARLISON has claimed that Everton have struggled in the Premier League this season due to a lack of ambition.

The Brazil international, 25, left Goodison Park in July to join Tottenham in a huge £60million transfer.

He has already made a huge impact in north London, scoring twice on his Champions League debut against Marseille last week.

Despite his successful start with Spurs, Richarlison is still a huge Everton fan at heart.

But, he recently admitted that he had to move away from Merseyside due to the club’s ambition.

When speaking to FourFourTwo, Richarlison said: “It’s always a tough call when you have such strong connections with your club. 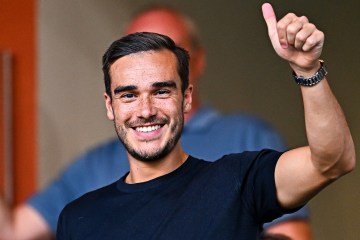 “And that was definitely the case for me.

“I was happy at Everton and I’m grateful for everything I learned there. It’s a big club with a lot of history.

“However, perhaps they’re suffering with a lack of ambition nowadays. You know, that eagerness to win matches and trophies.

“I spent four years there and I could see there was still a very long way to go to achieve big things.

“I felt it was the right time to move on, and the club also had to make some money. It was a good deal for everyone involved. I’m delighted with this new challenge at Spurs.”

Richarlison was one of seven new additions at the Tottenham Hotspur Stadium this summer.