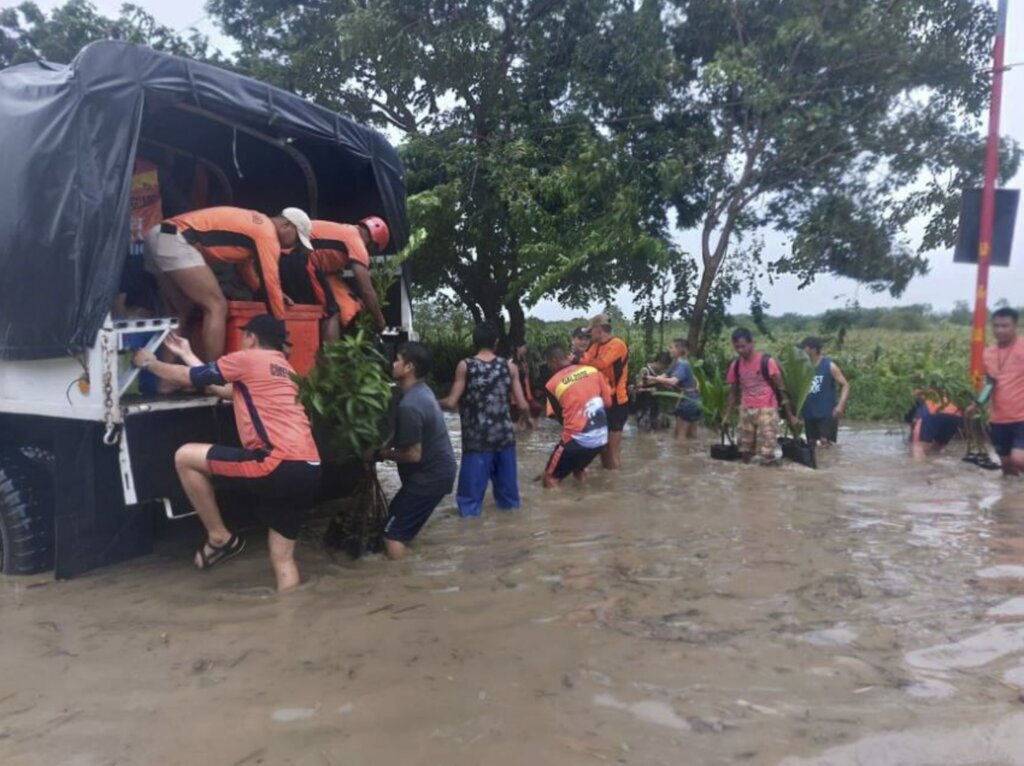 BEIJING (AP) — Tropical Storm Ma-on was headed for Hong Kong and other parts of southeastern China Wednesday after displacing thousands in the Philippines.

The Hong Kong Observatory on Wednesday warned of flooding in low-lying areas and advised people to stay away from the shoreline, though Ma-on is not forecast to make a direct impact on the southern Chinese financial hub with its population of 7.4 million.

The storm is expected to make landfall Thursday morning in Guangdong province, about 200 kilometers (120 miles) southwest of Hong Kong, before moving inland toward the Guangxi region, Yunnan Province and northern Vietnam, China’s National Meteorological Center said on its website.

The storm’s arrival comes as many parts of central and western China are facing severe drought brought on by temperatures that broke records for August, withering crops and endangering drinking water supplies.

In the key agricultural province of Sichuan, cloud seeding is being used to try to promote rainfall. Hydropower plants that generate around 80% of the province’s electricity have operated at far-reduced capacity, forcing rolling brownouts and the cutting of factory work hours.

Ma-on weakened slightly after barreling across mountainous northern provinces in the Philippines, where at least three people were left injured by trees knocked down by the high winds. Classes were suspended and government offices closed in the capital Manila.