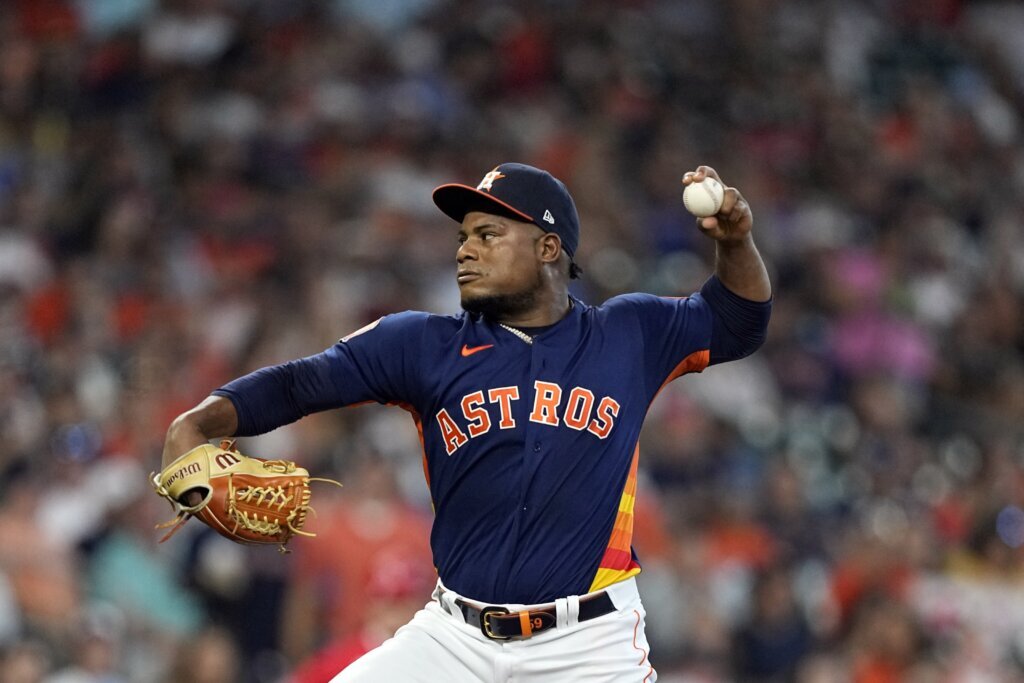 Rookie Jeremy Peña homered twice, capped by a two-run drive with two outs in the ninth inning off Ryan Tepera (1-2) to win it.

Trout struck out seven straight times in the first two games. In the finale, the three-time AL MVP reached base in his first at-bat on an error by Pena at shortstop before striking out looking in his next two plate appearances.

Trout popped out in his last at-bat to extend his skid to 0 for 14. He is having another strong season, batting .272 with 23 homers and 47 RBIs, despite his second long slump of the year — he was a career-worst 0 for 26 before ending that drought on June 6.

Trout was far from the only Angel to struggle at the plate as Houston starter Framber Valdez and three relievers tied the major league record for strikeouts in a nine-inning game. Twelve different Angels batters came to the plate and all of them struck out at least once.

Valdez struck out a career-high 13 in six innings, allowing two runs on three hits and five walks. Relievers Hector Neris and Rafael Montero each struck two in a scoreless inning and Ryan Pressly (2-2) fanned three in the ninth.

There had been several occasions where teams struck out 20, including performances by Max Scherzer, Roger Clemens and Kerry Wood. The Astros’ previous record was 18 in 1964 against Cincinnati.

Houston pitchers fanned 47 in the series against the Angels.

Peña had four hits. In the ninth, Jose Altuve singled with two outs and Peña followed with his 11th home run.

Peña hit a solo home run in the fourth off José Suárez.

Luis Rengifo homered in the Angels second. Shohei Ohtani hit an RBI single in the third.

Altuve had an RBI single in the fifth that made it 2-all.

Sunday was the sixth game of Nevin’s 10-game suspension.

Astros: LHP Parker Mushinski (elbow discomfort) threw live batting practice Sunday. Manager Dusty Baker said he felt good after throwing 24 pitches, but they haven’t yet determined what the next step is for him.

The Angels selected the contract of 2B Michael Stefanic from Triple-A Salt Lake and designated INF/OF Tyler Wade for assignment. Stefanic went 0 for 3 with three strikeouts in his major league debut before being replaced by Andrew Velazquez in the bottom of the sixth inning.

Astros: Houston opens a four-game series with Kansas City on Monday but has yet to announce their rotation for the series.

Jessica Eye aims for pro wrestling after UFC 276 retirement: ‘I want to be female Undertaker’