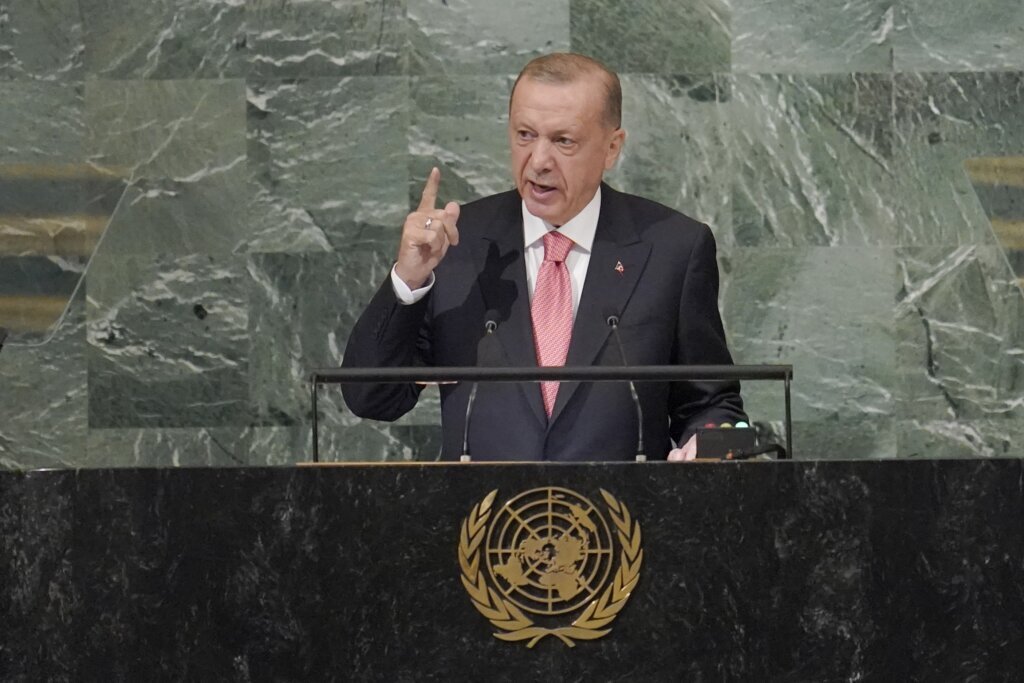 ISTANBUL (AP) — Turkey’s currency fell to a record low against the dollar before a central bank meeting on interest rates Thursday.

Turkey has been following President Recep Tayyip Erdogan’s unorthodox belief that high interest rates cause high inflation while much of the world is increasing their policy rates to combat inflation.

Last year, the currency kept hitting record lows as the central bank lowered interest rates from 19%. When it finally hit 18.36 against the dollar, Erdogan announced extraordinary measures that he claimed would safeguard the lira.

The government encouraged people to swap their dollars for the lira and place them in a deposit account that would give the interest rate plus any lira depreciation against the dollar. Though the lira rebounded after that announcement to a high of 11.09, it steadily declined this year.