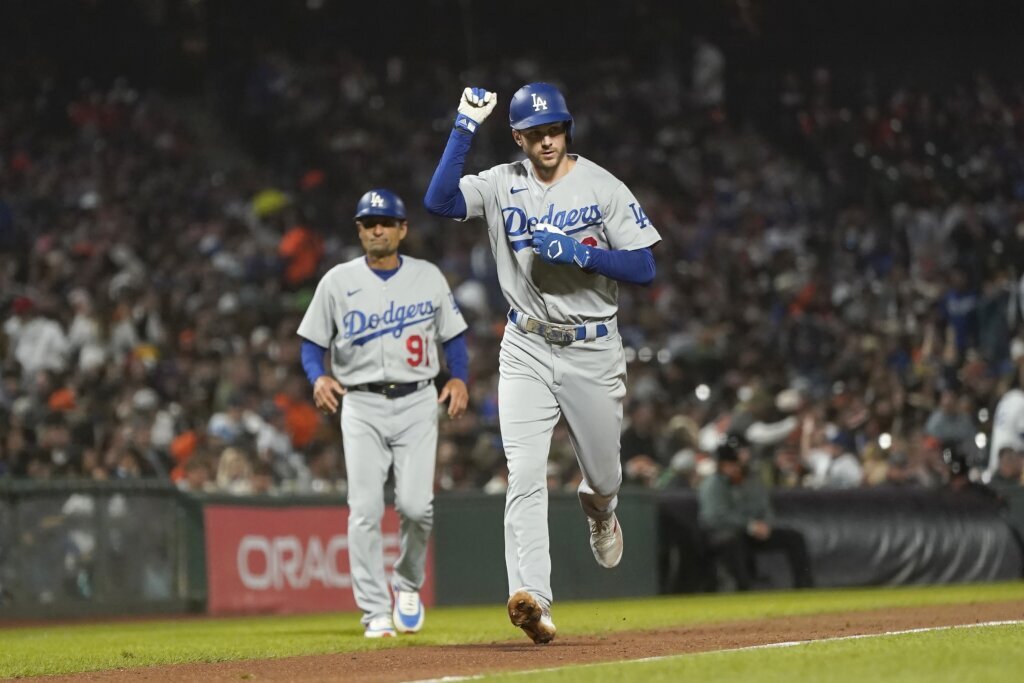 Freddie Freeman had three hits, including a double, and two RBIs as the Dodgers won for the fifth time in six games to improve to 23-5 since June 30.

Wilmer Flores hit his team-leading 16th homer for the Giants, who are 3-9 since the All-Star break after winning five of their previous six.

Turner had a sacrifice fly, Freeman hit an RBI single and Will Smith added a run-scoring double off Giants starter Logan Webb (9-5) in a three-run third in which Los Angeles broke open a 2-1 game. Smith had another RBI double in the sixth to push Los Angeles’ lead to 6-1.

Andrew Heaney gave up one run and four hits in four innings in his second start since coming of the injured list (left shoulder inflammation). He struck out seven and walked two.

Caleb Ferguson (1-0) worked a scoreless sixth for the win.

Webb gave up six earned runs and eight hits in five innings. He struck out two and walked one. The Giants have lost eight of their staff ace’s last 12 starts.

Flores homered off Chris Martin for the only run the newly acquired right-hander allowed in his Dodgers debut.

Dodgers rookie James Outman was 2 for 2 with double. He’s 5 for 6 through his first two career games after going 3 for 4 with a homer Sunday in his major league debut in Colorado.

The Dodgers acquired OF German Tapia in a trade with the Tampa Bay Ray in exchange for LHP Garrett Cleavinger.

Chelsea to snap-up US wonderkid Gabriel Slonina in £12.25m transfer with 18-year-old going back to Chicago Fire on loan