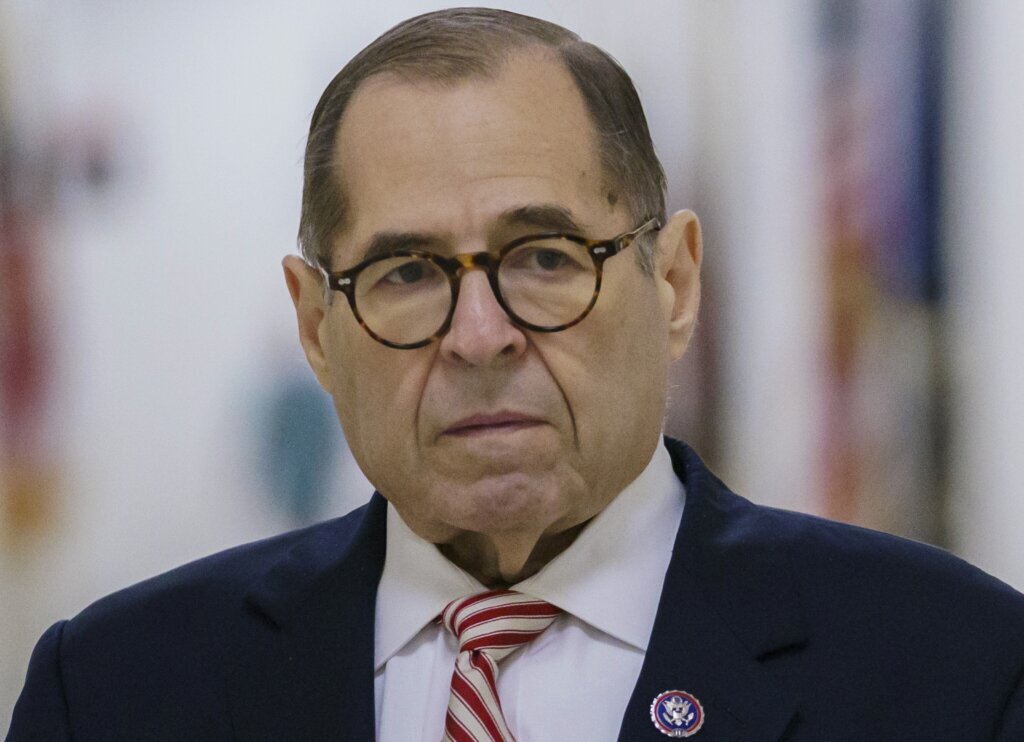 NEW YORK (AP) — He helped lead the fight to impeach Donald Trump. She battled for people sickened by clouds…

NEW YORK (AP) — He helped lead the fight to impeach Donald Trump. She battled for people sickened by clouds of toxic soot after the Sept. 11 attacks.

At least one of New York City’s most veteran members of Congress will be voted out of office Tuesday in a Democratic primary pitting U.S. Rep. Jerry Nadler against U.S. Rep. Carolyn Maloney in a race both hoped to avoid.

The unusual battle between incumbents who are usually allies is the result of a redistricting process that lumped Nadler’s home base on the west side of Manhattan together with Maloney’s on the east side. Both lawmakers live in New York’s newly configured 12th Congressional District.

Neither was willing to run in another part of the city.

Nadler and Maloney are joined in the race by 38-year-old Suraj Patel, a lawyer and lecturer at New York University who also challenged Maloney in Democratic primaries in 2018 and 2020. A fourth candidate, Ashmi Sheth, a former Federal Reserve Bank of New York employee, is on the ballot but did not meet fundraising benchmarks to qualify for debates.

Nadler, 75, was first elected to Congress in 1992. As chair of the House Judiciary Committee, he led both impeachments of Republican former President Donald Trump. He was buoyed in the last weeks of the campaign by endorsements from The New York Times and Senate Majority Leader Chuck Schumer.

Maloney, 76, was also first elected in 1992. She is the first woman to chair the House Oversight and Reform Committee. She is known for her longtime advocacy for Sept. 11 first responders seeking compensation for diseases they attribute to contamination from the destruction of the World Trade Center. She wore a firefighter’s jacket on Capitol Hill and at the 2019 Met Gala.

Few policy differences between Nadler, Maloney and Patel emerged during the primary campaign.

Nadler and Maloney countered that their seniority in Congress brings clout that benefits New Yorkers.

Friends for many years, the two Democrats lamented having to run against each other — something that only happened after a court redrew the boundaries of the state’s congressional districts after concluding the legislature botched the process.

“I didn’t want to run against my good friend, Jerry Nadler,” Maloney said at a recent debate. “We have been friends and allies for years. Unfortunately, we were drawn into the same district.”

Still, on the campaign trail Maloney said that as a woman, she would fight harder to protect abortion rights than Nadler.

Asked at a debate how his record differed from that of Maloney, Nadler cited his votes against the Iraq War and the Patriot Act, and in favor of the Iran nuclear deal. Maloney, also elected to Congress in 1992, voted the other way on all three.

Maloney also came under fire from her opponents for her past positions on vaccines, including in 2006 when she introduced legislation directing the federal government to study the debunked theory that vaccines can cause autism. Maloney insisted that she supports vaccines and regretted ever questioning vaccine safety.

The primary winner in the overwhelmingly Democratic district will face Republican Michael Zumbluskas in the November general election.