TYSON FURY’s Battle of Britain clash against Anthony Joshua for December 3 is growing closer after a shock WBC rankings change.

Fury will take 60 per cent of what is expected to be the biggest purse in the history of British boxing, while Joshua has settled for 40.

The Principality Stadium in Cardiff, Wales, is the likely venue for the proposed December 3 fight.

And in another major boost towards getting the Battle of Britain clash confirmed, the WBC placed Joshua at No6 in their rankings making him eligible to face his 34-year-old rival Fury.

The Mexican sanctioning body have always blanked AJ as he had never fought for any of their heavyweight titles and was the WBA, IBF and WBO boss twice. 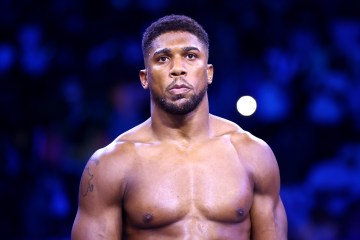 WBC president Mauricio Sulaiman says Joshua has gone straight into their top ten based on his merits.

Joshua also doesn’t have any commitments to other organisations since losing his heavyweight titles to Oleksandr Usyk.

Speaking to Sky Sports, Sulaiman said: “Joshua entered the ratings [on] his merits and since he does not have any commitment for another organisation.”

And when asked if Joshua is in good standing to challenge Fury, Sulaiman responded: “Yes, he is.”

There are also no current mandatory obligations for the WBC title that would stop Fury from meeting Joshua.

Fury’s last fight, against Dillian White in April at Wembley Stadium, was a mandatory defence.

A new mandatory challenger for the WBC belt won’t be determined at least until November at the WBC’s convention in Acapulco.

Fights have been, and will be taking place before November’s convention.

Andy Ruiz Jr’s could find himself in good standing for the eliminators after beating Luis Ortiz.

Wilder, of course, drew once and lost twice to Fury in a thrilling trilogy that ended late last year.