TYSON FURY is set to appear at WWE’s Clash at the Castle in Cardiff on Saturday, according to reports.

It is the first time the UK is hosting a WWE event since 1992.

And the crowd could be in for a huge surprise as the Gypsy King has not been announced on the line-up.

Fury will reportedly be in Cardiff this weekend for Wrestlefest before making an appearance at Clash of the Castle.

But the heavyweight champion is unlikely to be involved in a match and may just be revealed to the crowd, report GiveMeSport.

He did exactly that in Smackdown’s debut on FOX in October 2019 before going on to wrestle and defeat Braun Strowman in the same month. 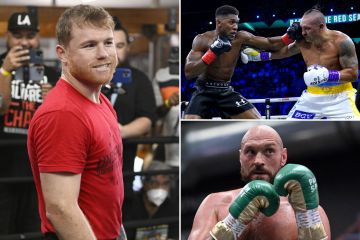 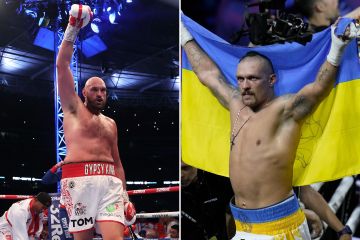 Some fans have speculated Fury will be involved in Drew McIntyre’s fight with Roman Reigns following the pair’s war of words.

Scot McIntyre has called out Fury for a ‘Battle of Britian’ fight in the past with the Gypsy King vowing to knock him out.

McIntyre later accused Fury of stalking him on social media so it is possible they could finally come face to face in the ring at the Principality Stadium.

But it is believed Fury will not get physical as he wants to avoid injury ahead of a return to boxing.

Oleksandr Usyk called out the 34-year-old for a fight following his win over Anthony Joshua and Fury appears keen to face the Ukrainian.

Fury is reportedly in fight mode and “training like a mad possessed” ahead of a potential comeback fight with Usyk.

ESPN’s Mark Kriegel has also claimed the bout will happen in February with Fury’s promoter Bob Arum telling him “it is a given” that the fight will happen.