HUGHIE FURY has been forced to pull out of his fight with Michael Hunter due to long Covid symptoms.

Fury, 28, was due to fight the American on October 29 in Birmingham but has been told by doctors to scrap the WBA heavyweight title eliminator bout.

The contest was originally scheduled for July 2 in Manchester.

But was postponed to the later date due to the Gypsy King’s cousin falling ill.

And now Fury has released a statement to cancel in it’s entirety, after being diagnosed with long-term symptoms.

It read: “I am a professional boxer who needs to fight in order to pay my bills and to live. 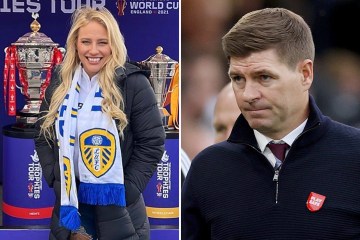 “But I have been out for over a year now and, to my frustration, I have been advised by doctors to take total rest at the moment because I’m suffering symptoms of long covid.

“I feel weak with no strength. I’ve had all sorts of checks and they’ve diagnosed me as having long covid symptoms.

“It is frustrating but there is nothing I can do if my body’s not allowing me to train. I’m going to take time out for the rest of this year and pick up again next year when I’ve rested properly.

“I have had 29 bouts, I’m ready for big fights and my promoter has guaranteed me a big fight upon my return. If that’s Michael Hunter next, that’s fine. If it’s someone else, that’s fine as well. I think everyone knows I will fight anyone as I have done over the years.”

He currently holds a professional record consisting of 26 wins and three defeats.

He boxed for the WBO world title back in 2017, losing by majority decision to Joseph Parker.

Since then, he has also suffered defeats to Kubrat Pulev and Alexander Povetkin.

The American has also had draws against Povetkin and most recently Jerry Forrest in December of last year.