UFC legend Nate Diaz took aim at Dwayne ‘The Rock’ Johnson prior to his victory over Tony Ferguson by criticising the WWE icon’s SHOES.

The former WWE star signed a multi-year deal earlier this year to be the official footwear partner of the UFC.

Johnson, 49, has his own athletic label – which is part of Under Armour – among his many business interests.

And in January it was announced that Hollywood’s highest-earning actor’s Project Rock has agreed to become the official footwear of Dana White’s UFC.

That means that both male and female fighters plus their corner teams will wear Project Rock footwear for fight-week promotional events, workouts, weigh-ins and for cage walks.

Ahead of UFC 279 where Diaz headlined the main event where he submitted Ferguson, the 37-year-old hit out at The Rock. 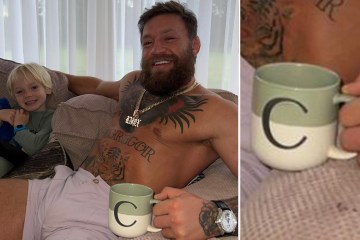 During an interview with ESPN which was conducted by Megan Olivi, Diaz left her in shock as he bizarrely mentioned the shoes.

In footage that was subsequently cut from the final clip on ESPN’s channel, Diaz took off one of the trainers before launching into an X-rated rant.

He said: “These shoes f***ing suck! Look at these shoes.

Diaz is currently a free agent after taking part in the final fight of his UFC contract.

Following his victory in Las Vegas, he teased a potential switch into boxing.

He remarked: “All I know is it’s been a love-hate relationship with me and the UFC.

“I did it today. I love the UFC. Shout out to [UFC President] Dana White. I feel like I’ve had the longest career in the UFC and the most successful one.

“I want to get out of the UFC for a little bit and show all these UFC fighters how to takeover and own up another sport how you’re supposed to do it. 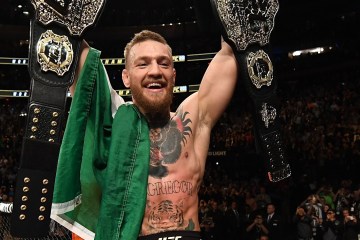 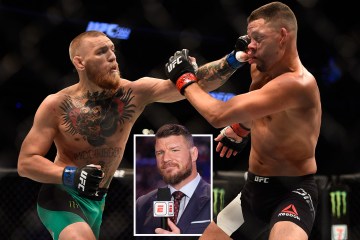