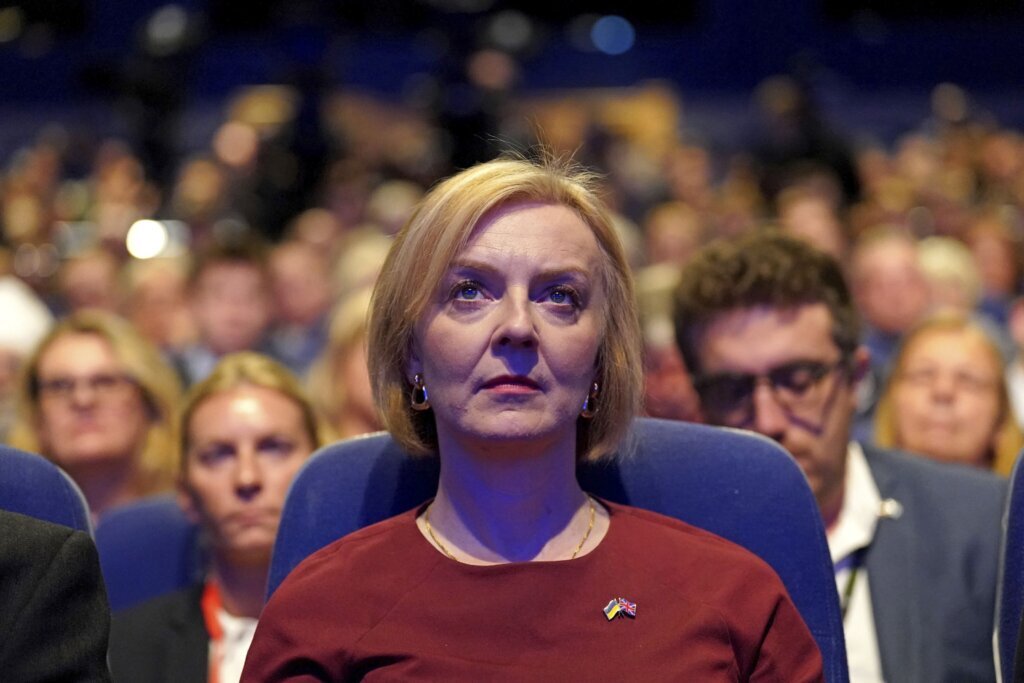 The British government has dropped plans to cut income tax for top earners, part of a package of unfunded cuts that sparked turmoil on financial markets and sent the pound to record lows.

LONDON (AP) — The British government has dropped plans to cut income tax for top earners, part of a package of unfunded cuts that sparked turmoil on financial markets and sent the pound to record lows.

“We get it, and we have listened,” he said in a statement.

The U-turn comes as more lawmakers from the governing Conservative Party turn on government tax plans announced 10 days ago. It also comes hours after the Conservatives released advance extracts of a speech Kwarteng is due to give later Monday at the party’s annual conference, saying: “We must stay the course. I am confident our plan is the right one.”

Prime Minister Liz Truss defended the measures on Sunday, but said she could have “done a better job laying the ground” for the announcements.

Truss took office less than a month ago, promising to radically reshape Britain’s economy to end years of sluggish growth. But the government’s Sept. 23 announcement of a stimulus package that includes 45 billion pounds ($50 billion) in tax cuts, to be paid for by government borrowing, sent the pound tumbling to a record low against the dollar.

The Bank of England was forced to intervene to prop up the bond market, and fears that the bank will soon hike interest rates caused mortgage lenders to withdraw their cheapest deals, causing turmoil for homebuyers.