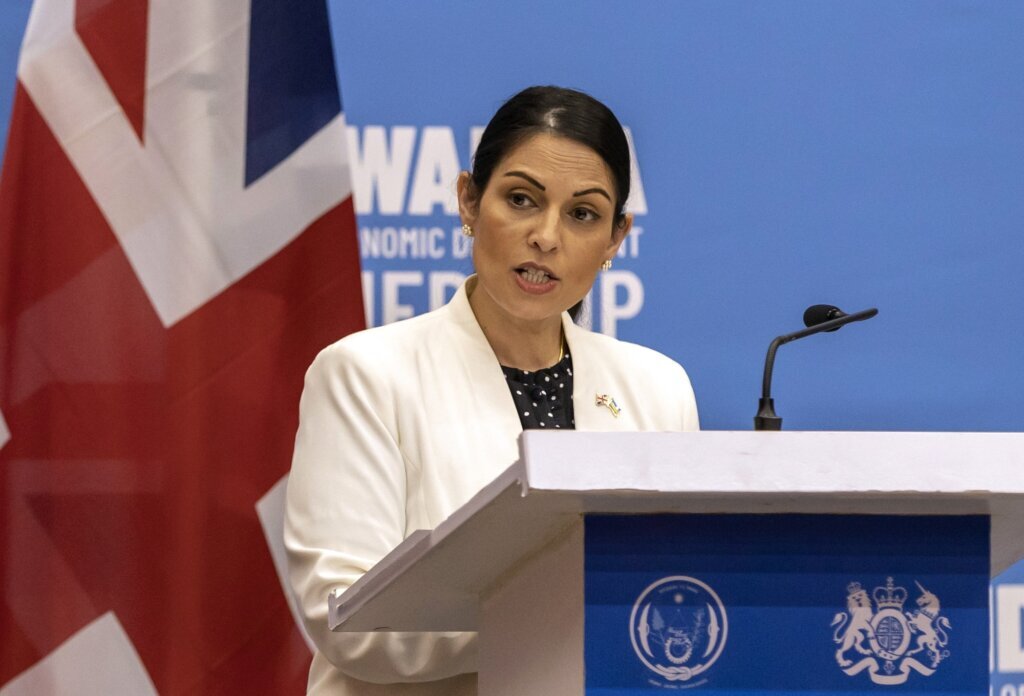 LONDON (AP) — The U.K. has announced plans to “fast-track” the deportation of failed Albanian asylum-seekers as authorities combat a…

LONDON (AP) — The U.K. has announced plans to “fast-track” the deportation of failed Albanian asylum-seekers as authorities combat a surge in the number of migrants crossing the English Channel in small boats.

British immigration officers will immediately process asylum claims made by Albanians entering the U.K. on small boats, and those with no right to remain in the country will be removed “as soon as possible,” according to the Home Office, which oversees border enforcement.

The agency wants to dissuade Albanians from making the risky crossing in inflatable boats by demonstrating that they won’t be allowed to live and work in Britain. That message is also being delivered through a series of Albanian-language ads on social media sites.

“Large numbers of Albanians are being sold lies by ruthless people-smugglers and vicious organized crime gangs, leading them to take treacherous journeys in flimsy boats to the U.K.,” Home Secretary Priti Patel said in a statement. “This abuse of our immigration system and people risking their lives cannot go on.”

The number of Albanians crossing the Channel on small boats has soared in recent months, even though Britain considers Albania a “safe and prosperous country,” according to Home Office statistics released Thursday.

Some 2,165 Albanians arrived in Britain via this route in the first six months of 2022, compared with just 23 in the same period last year. Overall, 12,747 people entered the U.K. on small boats during the first half of the year, more than double the year-earlier figure.

Albanians are now tied with Afghans as the biggest nationalities arriving on small boats, with each accounting for 18% of the total.

The Home Office publicity campaign will seek to reverse this trend by warning migrants that they face possible deportation to Rwanda and increased prison sentences for immigration offenses. The ads also provide information on safe immigration routes and advice to apply for asylum in the first safe country a migrant reaches.

The measures were announced after meetings between Patel and her Albanian counterpart, Minister for Interior Affairs Bledi Cuci.

He said the two ministers also discussed ways to provide more opportunities for Albanian laborers and skilled professionals to work legally in the U.K.

“We discourage these illegal and dangerous practices,” Cuci said of the small boat crossings.

Affordable 5G services to be rolled out in India by Oct 12: Centre