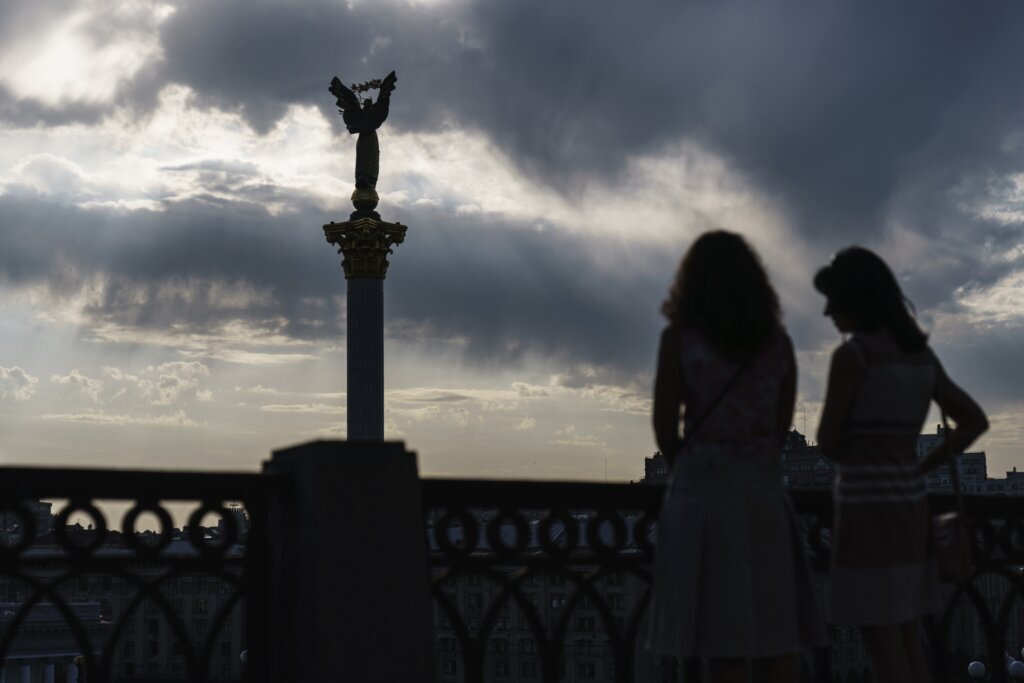 KYIV, Ukraine (AP) — Residents of Kyiv woke up to air raid sirens as Ukraine observed its Independence Day on…

KYIV, Ukraine (AP) — Residents of Kyiv woke up to air raid sirens as Ukraine observed its Independence Day on Wednesday, six months since the star t of the Russian invasion.

“Russian provocations and brutal strikes are a possibility,” Zelenskyy said in a statement. “Please strictly follow the safety rules. Please observe the curfew. Pay attention to the air sirens. Pay attention to official announcements. And remember: we must all achieve victory together.”

A small number of residents gathered at Kyiv’s central square, where destroyed Russian tanks and mobile artillery were put on display over the weekend, and the national anthem is played every day at 7 a.m. local time.

“I can’t sleep at night because of what I see and hear about what is being done in Ukraine,” a retiree who identified herself only by her first name, Tetyana, said, her voice shaking with emotion.

“This is not a war. It is the destruction of the Ukrainian people,” she said.

A car bombing outside Moscow that killed the 29-year-old daughter of right-wing Russian political theorist Alexander Dugin on Saturday heightened fears that Russia might intensify attacks on Ukraine this week.

Russian officials have blamed Ukraine for the death of Darya Dugina, a nationalist Russian TV commentator. The car bomb exploded after she had attended a patriotic festival with her father, whom was widely believed to have been the intended target.

The Ukrainian government has denied any involvement.

Russian President Vladimir Putin ordered tens of thousands of troops into Ukraine on Feb. 24. Moscow’s military encountered unexpectedly stiff Ukrainian resistance, and the six months of fighting has upended life in Ukraine and sent shock waves through the world economy.

Control of NDTV not transferred to VCPL via loan agreement, says SAT