The Ukrainian boxer said of the Russian president: “Everything he shows is just to show that he’s strong, but he’s not.

“Otherwise he wouldn’t show how strong, how big he is. In reality, he is very weak.”

Usyk, 35, wore the blue and yellow of his homeland throughout his time in Saudi Arabia for the bout and added: “I boxed for the whole country and half of the world.

“Now the whole world knows Ukraine is defending itself from the second biggest army in the world. And we stand strong and we give Russia a lot back.” 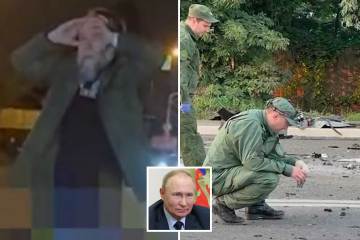 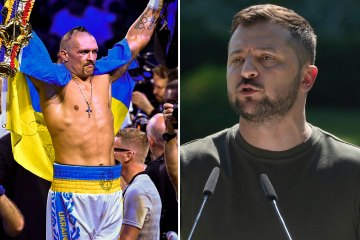 The Ukrainian president, 44, gushed with pride over his compatriot’s amazing triumph against a game AJ.

Hoping to inspire the people of war-torn Ukraine, Zelensky tweeted: “Difficult, but so important and necessary VICTORY @usykaa!

“Defending the title of the world champion is a symbol of the fact that all Cossacks will not give up theirs, will fight for it and will definitely win!”

On what’s next, Usyk added: “I’m sure that Tyson Fury is not retired yet.

“I’m sure, I’m convinced he wants to fight me.