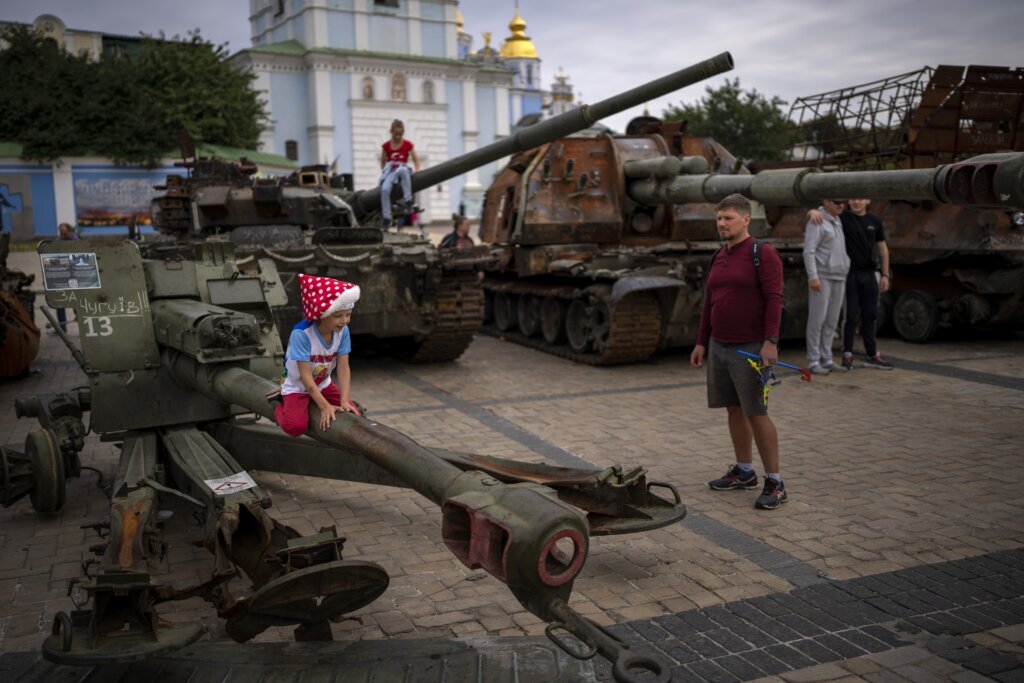 Mykolaiv and its surrounding region have been hit daily for weeks in the conflict. On Saturday, a child was killed and five people were injured in rocket attacks in the region, governor Vitaliy Kim said. Mykolaiv city mayor Oleksandr Senkevych did not specify whether there were any injuries in the overnight attack, which he said also damaged some residences.

Mykolaiv, on the Southern Bug River about 30 kilometers (20 miles) upstream from the Black Sea, is a significant port and shipbuilding center.

In Kharkiv, Ukraine’s second-largest city, Russian shelling late Saturday set a large wooden restaurant complex on fire, according to the region’s emergency service. One person was killed and two injured in shelling in the region, governor Oleh Syniehubov said.

Pavlo Kyrylenko, governor of the eastern Donetsk region where Russian forces have been trying to take full control, said four people were killed in shelling on Saturday.

The head of the U.N. nuclear watchdog said Saturday that the Russian-controlled Zaporizhzhia nuclear plant in Ukraine was disconnected from its last external power line but was still able to run electricity through a reserve line amid sustained shelling in the area.

International Atomic Energy Agency Director-General Rafael Grossi said in a statement that the agency’s experts, who arrived at Zaporizhzhia on Thursday, were told by senior Ukrainian staff that the fourth and last operational line was down. The three others were lost earlier during the conflict.

But the IAEA experts learned that the reserve line linking the facility to a nearby thermal power plant was delivering the electricity the plant generates to the external grid, the statement said. The same reserve line can also provide backup power to the plant if needed, it added.

“We already have a better understanding of the functionality of the reserve power line in connecting the facility to the grid,” Grossi said. “This is crucial information in assessing the overall situation there.”

In addition, the plant’s management informed the IAEA that one reactor was disconnected Saturday afternoon because of grid restrictions. Another reactor is still operating and producing electricity both for cooling and other essential safety functions at the site and for households, factories and others through the grid, the statement said.

The Zaporizhzhia facility, which is Europe’s largest nuclear plant, has been held by Russian forces since early March, but its Ukrainian staff are continuing to operate it.

Vladimir Rogov, the head of the Russia-installed local administration in Enerhodar, the city where the plant is located, was quoted by Russian news agencies as saying there had been no new shelling of the area on Sunday as of midday.