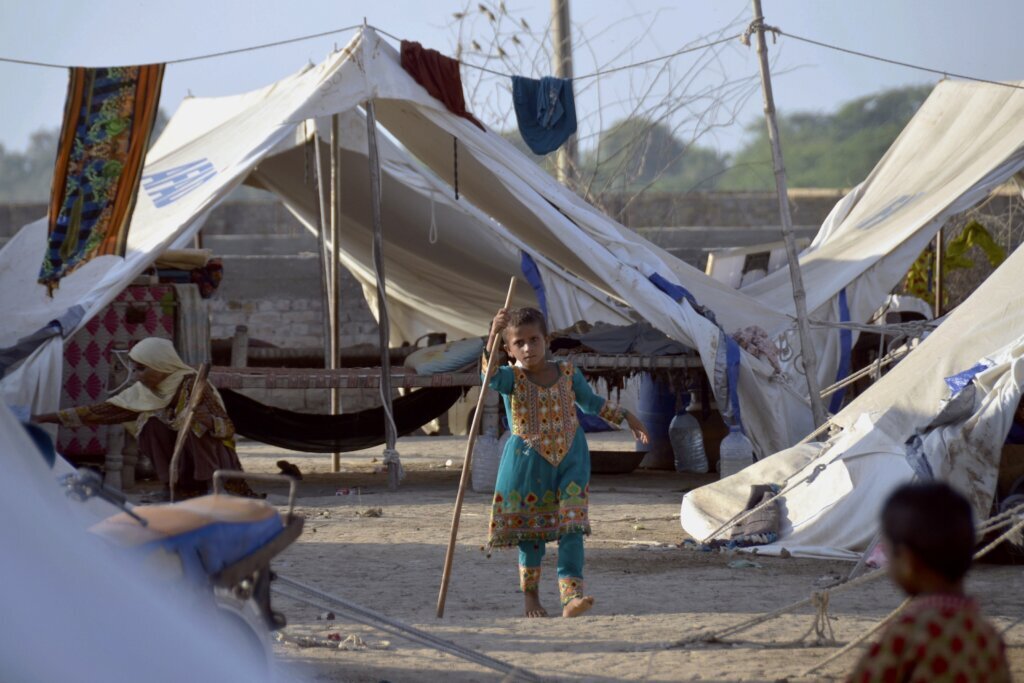 ISLAMABAD (AP) — The United Nations humanitarian agency is warning that about 5.7 million Pakistani flood survivors will face a…

ISLAMABAD (AP) — The United Nations humanitarian agency is warning that about 5.7 million Pakistani flood survivors will face a serious food crisis in the next three months, as the death toll from the deluge rose on Monday.

The U.N. Office for the Coordination of Humanitarian Affairs in its latest report Saturday said the current floods are expected to exacerbate food insecurity in Pakistan and said 5.7 million people in flood-affected areas will be facing a food crisis between September and November.

Even before the floods, according to the World Health Organization, 16% of the population was living in moderate or severe food insecurity.

However, Pakistan’s government insists that there is no immediate worry about food supplies, as wheat stocks are enough to last through the next harvest and that the government is importing more.

The U.N. agency said in a tweet on Monday that the agency and other partners have scaled up their flood response and delivered aid to 1.6 million people directly affected by the deluges.

OCHA said outbreaks of waterborne and other diseases are on the rise in Sindh and southwestern Baluchistan provinces, where floods have caused the most damage since mid-June.

Several countries and U.N. agencies have sent more than 131 flights carrying aid for survivors, but many are complaining they have either received too little help or are still waiting for it.

The U.N. humanitarian agency also said in its Saturday report that rainfall in Baluchistan and Sindh lightened substantially over the past week, as temperatures start to decrease ahead of winter.

“Normal conditions are prevailing in most districts of Baluchistan, while in Sindh, the Indus River is flowing normally,” said OCHA. Overall, it added, in 18 out of 22 districts of Sindh, floodwater levels had receded at least 34%, and in some districts up to 78%.

The OCHA report also highlighted the ordeal of flood survivors, saying many continue to live in “unsanitary conditions in temporary shelters, often with limited access to basic services, compounding the risk of a major public health crisis.”

“Already before the floods, Pakistan had one of the highest maternal mortality rates in Asia, with the situation likely to deteriorate,” it said.

The U.N. is due to issue a revised appeal seeking an additional $800 million from the international community to respond to the soaring life-saving needs of Pakistani flood survivors. The U.N. said last week that “food is being delivered to vulnerable families; however, it is still not enough to meet the nutrition needs of the people.”

Pakistan says floods caused about $30 billion of damage to its economy.

Pakistan Railways said it has started restoring train service from Sindh to other cities after repairing some of the tracks damaged by floods.