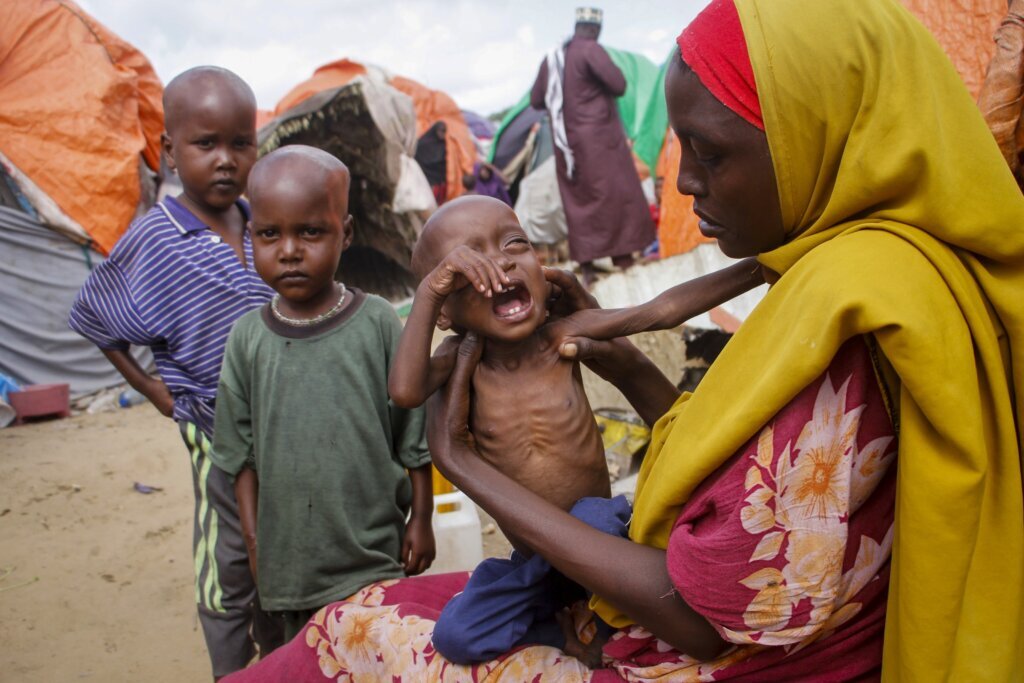 MOGADISHU, Somalia (AP) — The United Nations says “famine is at the door” in Somalia with “concrete indications” famine will…

MOGADISHU, Somalia (AP) — The United Nations says “famine is at the door” in Somalia with “concrete indications” famine will occur later this year in the southern Bay region. This falls just short of a formal famine declaration in Somalia as thousands are dying in a historic drought made worse by the effects of the war in Ukraine.

U.N. humanitarian chief Martin Griffiths told reporters that he was “shocked to my core these past few days” on a visit to Somalia in which he witnessed starving babies too weak to cry.

A formal famine declaration is rare and a warning that too little help has come too late. At least 1 million people in Somalia have been displaced by the worst drought in decades that also affects the wider Horn of Africa including Ethiopia and Kenya.

Famine is the extreme lack of food and a significant death rate from outright starvation or malnutrition combined with diseases like cholera. A declaration means data shows more than a fifth of households have extreme food gaps, more than 30% of children are acutely malnourished and over two people out of 10,000 are dying every day.

Russia’s invasion of Ukraine has been described as a disaster for Somalia, which has suffered from a shortage of humanitarian aid as international donors focus on Europe. Somalia also sourced at least 90% of its wheat from Russia and Ukraine before the war and has been hit hard by scarcity and the sharp rise in food prices.

Hungry families in Somalia have been staggering for days or weeks on foot through parched terrain in search of assistance. Many bury family members along the way. Even when they reach camps outside urban areas, they find little or no help.

Middlesbrough vs Sunderland FREE BETS: Get £20 bonus with Coral