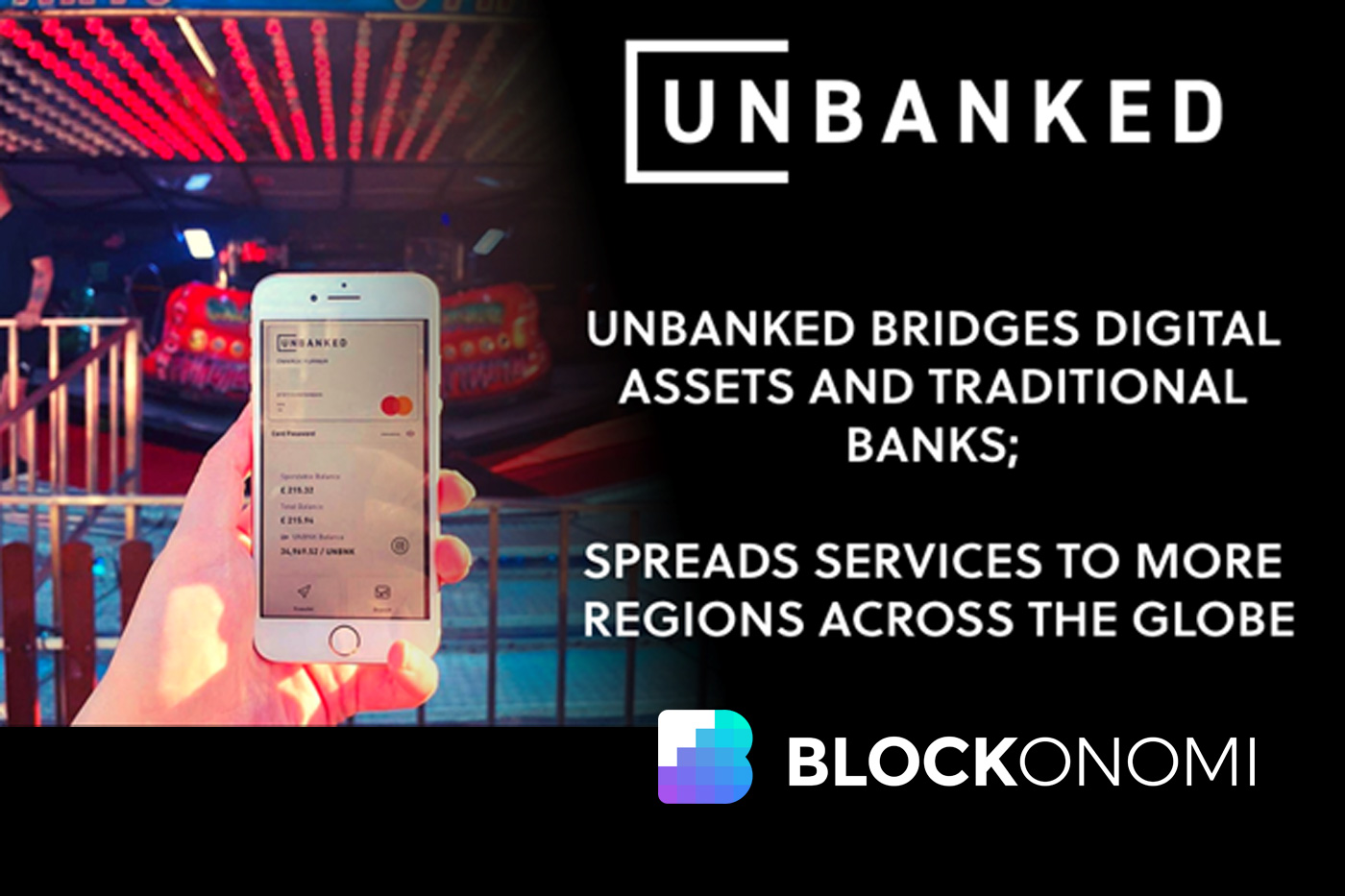 Cryptocurrency has the edge over traditional financial systems because it is decentralized and ultimately free from the control and bottlenecks of banking institutions, central banks, and the government. The downside to this, however, is that the unregulated nature of digital currencies makes them volatile, difficult to understand and analyze (especially for inexperienced holders or users), and prone to security threats.

What happens when you blend the decentralized nature of cryptocurrency and digital assets with the structure, infrastructure, and stability of traditional financial systems? You have a solid, full-proof financial system, which is exactly what Unbanked offers.

Unbanked is a platform that bridges the world of blockchain and cryptocurrency to traditional banking. It combines the efficiency and utility of digital currencies with the familiar framework of existing financial systems. Unbanked provides users from over 200 countries with FDIC bank accounts to purchase crypto using unbanked.com. It also offers debit cards and crypto spending cards to users from all over the world.

The main aim of Unbanked is the global accessibility of crypto-friendly financial services without having so much technical knowledge about blockchain and cryptocurrency. An end user, for instance, could be a young girl in a village in West Africa with a smartphone who does not necessarily have a traditional bank account. The platform provides her robust yet simplified access to finance on a global level.

Furthermore, Unbanked’s technology is fully licensed and utilized by other Web3 organizations such as Nexo, Litecoin Foundation, StormX, Stacks, etc.

The $UNBNK is the native token for the Unbanked and is available on Ethereum and Stellar. Swapping is possible across chains on a 1:1 basis using the Unbanked website. The $UNBNK token is the base spendable asset on the debit card. When digital currencies like Bitcoin are deposited, they are converted to $UNBNK and held on the card until they are ready to be spent. Card holders can also stake $UNBNK to earn up to 1% to 6% back in card spend rewards.

$UNBNK launched with a maximum supply of 1 billion. It is available natively on Stellar and Ethereum, so a mint/burning mechanism occasionally balances the $UNBNK asset between chains. $UNBNK is also deflationary, as people who withdraw $UNBNK from the Unbanked.com dashboard pay a 2% deflationary fee.

The maximum current supply is 999,800,849 and can be monitored by adding the max supply of $UNBNK Ethereum and $UNBNK Stellar. You can buy the token on multiple decentralized exchanges like Uniswap, SushiSwap, and LumeSwap.

Unbanked Releases Debit Cards Into More Regions Across the World

The vision of Unbanked is to provide hassle-free financial services around the entire globe. In line with this, it has been announced that asides from the hundreds of countries where Unbanked services are currently available, crypto debit cards will be released to residents of the US and European countries such as Poland, United Kingdom, Malta, Portugal, Ireland, Croatia, Bulgaria, Slovenia, Germany, France, Spain, Belgium, Greece, Finland, Hungary, Latvia, Italy, Sweden, Liechtenstein, Denmark, Lithuania, Slovakia, Luxembourg, Estonia, Norway, Czech Republic, and Romania.

Additional countries in Europe are also currently going through the approval process as well as other regions like Latin America, India, Nigeria, and more.

In line with the founders’ vision, Unbanked has become the platform to perfectly tether the structure and stability of traditional banking systems to the freedom that decentralized finance affords users. It has eliminated hidden fees caused by exchanges and given customers a better, faster, and cheaper way to transact value with one another, whether from one flat to the next or from one continent to another. For up-to-date information on Unbanked and services, kindly click here for more details.

Archimedes’ Partnership with Origin Protocol Is a Game-Changer for…