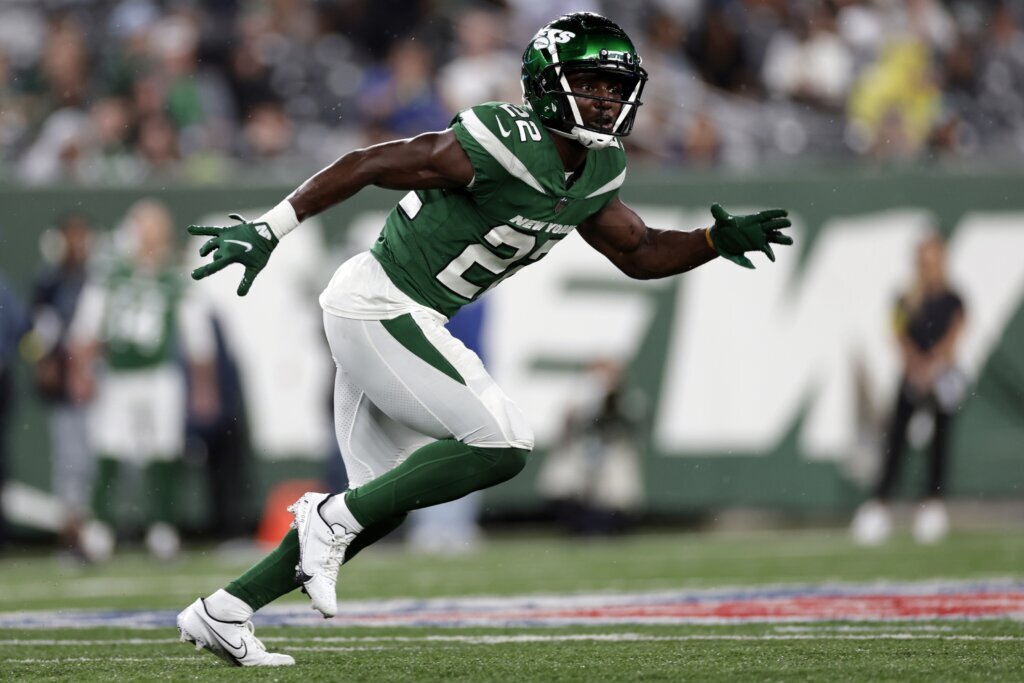 While getting a feel for Adams during a video call, safeties coach Marquand Manuel asked him what he wanted to get out of the NFL.

“Point-blank, he looked right through that Zoom lens and it felt like he was in the room,” coach Robert Saleh recalled Thursday. “He said, ‘I want to take someone’s job.’

He sure is, even if it might be surprising to some — other than Adams and the Jets, of course.

Adams is on the Jets’ 53-man roster, joining running back Zonovan Knight as the only rookie undrafted free agents to make the cut out of training camp.

“It was just me going out there and doing my job, just listening to what the coaches say,” Adams said. “Other than that, I don’t think I did anything special. I just did my job every play and tried to do it to the best of my ability. Ultimately, it kept me here, so I’m grateful for it.”

Adams knew he faced a tough task after not being drafted in April and signing with New York to compete at a position that already included a lot of impressive talent.

“You don’t take one second for granted,” Adams said, “because you know you’re at the bottom and you’ve got to work your way up.”

Jordan Whitehead was signed in March to team with Lamarcus Joyner as the Jets’ starters, but there was an intriguing competition behind them. Adams was up against Ashtyn Davis, Will Parks and Jason Pinnock, among others, in training camp for one, maybe two, spots.

And the speedy Adams played his way into taking one of them.

“He was in OTAs, he was doing extra, he’s one of the first ones on the field and one of the last ones off,” Saleh said. “He’s communicating at a high level, he’s acing his assignments and doing great in man coverage, dominating special teams.

“So just his overall body of work from OTAs all the way to cutdown day, I mean, he attacked the heck out of it.”

That’s the only way the 23-year-old Adams knows how to operate.

He was a standout defensive back and wide receiver at St. Louis University High School and one of Missouri’s top prep recruits. He continued to stand out at Illinois, where he was the first true freshman cornerback to start a season opener for the Illini since Vontae Davis in 2006.

Adams’ athleticism and versatility eventually had him playing all around the secondary, appearing at cornerback and strong and free safety during his five-year college career.

“Ultimately, I think that’s why I play maybe a little bit faster,” he said.

And while Adams is noticeably humble, he doesn’t lack confidence. His sports idol is Kobe Bryant, for the late NBA star’s work ethic and mental approach. Adams’ Twitter handle also tells everyone what they need to know about him: @Iwill_suceed20.

While running mainly with the backups in training camp, Adams would regularly flash with a play on the football or a hard hit. He made it difficult for the Jets to not notice him.

“The hits and everything like that, that just came, honestly,” Adams said. “I just go out there, try to have as much fun as I can, try to play with as much passion and feed off my teammates. Ultimately, that led to some good plays.”

And a spot on the roster. The Jets chose to keep Adams and Davis, while releasing Parks and Pinnock among their final cuts Tuesday. Parks was re-signed to the practice squad, while Pinnock was picked up by the Giants.

“Big credit to T.A. — undrafted, just did a really good job every single day finding ways to get better and better,” Saleh said of Adams. “He’s got a bright future ahead of him. I would’ve been sick if we were to have lost him.”

When told of his coach’s high praise, Adams shook his head and smiled.

“I’m forever grateful to coach Saleh and the Jets organization,” he said, “for taking a chance on me and giving a man his childhood dream.”