Unvaccinated Djokovic still hopes to play at US Open 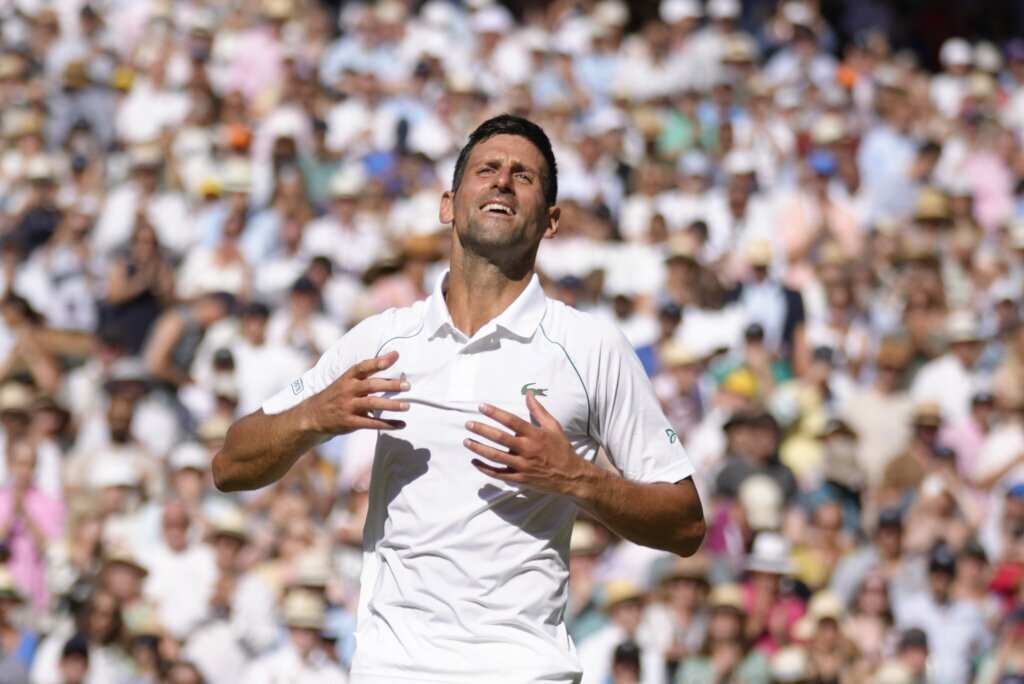 BELGRADE, Serbia (AP) — Novak Djokovic is holding out hope that he’ll be able to compete at the U.S. Open…

BELGRADE, Serbia (AP) — Novak Djokovic is holding out hope that he’ll be able to compete at the U.S. Open despite not being vaccinated against the coronavirus.

The 21-time Grand Slam champion said Saturday on his social media accounts that he’s been training as if he’ll play at Flushing Meadows when the last major of the year begins Aug. 29.

“I am preparing as if I will be allowed to compete, while I await to hear if there is any room for me to travel to US. Fingers crossed!” he wrote.

Although he’s been included on the U.S. Open entry list, the United States does not allow unvaccinated noncitizens to enter the country, which is why the Serb needed to sit out big events in Indian Wells, California, and Miami this season.

The 35-year-old Djokovic was able to play at Wimbledon, which he won for his 21st Grand Slam title, and earlier in the French Open, where he lost in the quarterfinals to eventual champion Rafael Nadal. The Spaniard has a men’s record 22 major singles titles.

After beating Nick Kyrgios in the Wimbledon final, Djokovic said he “would love” to enter the U.S. Open, but added: “I’m not planning to get vaccinated.”

Djokovic has won three championships at Flushing Meadows. His loss in the 2021 final to Daniil Medvedev prevented Djokovic from becoming the first man since Rod Laver in 1969 to win a calendar-year Grand Slam.

Djokovic missed the Australian Open in January after being deported from that country over his vaccine status.