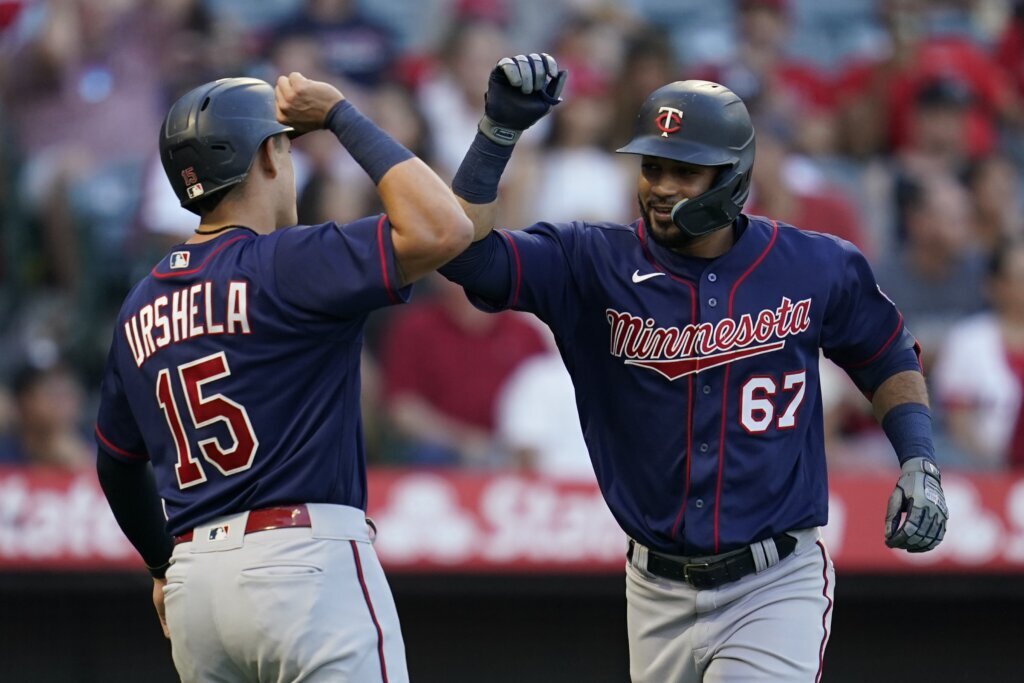 ANAHEIM, Calif. (AP) — Gio Urshela had his 11th home run of the season among his three hits, Tyler Mahle…

Gilberto Celestino also went deep for the Twins, who had dropped six of their last seven road games.

The Angels returned home from a 5-2 road trip, including a three-game sweep of Oakland, but were blanked for the 11th time this season. David Fletcher had a pair of hits and Patrick Sandoval suffered his sixth loss in his last seven starts.

It was Minnesota’s 10th shutout victory, and its first since the nightcap of a doubleheader at Cleveland on June 28.

Mahle (6-7), acquired from Cincinnati at the trade deadline, picked up his first win in the second start for his new team. The right-hander struck out six and walked two. It was the second career start and first win at The Big A for Mahle, who grew up in nearby Newport Beach.

Urshela scored twice and had his ninth three-hit game of the season. He kept the second inning alive with a two-out base hit before Celestino deposited a slider from Patrick Sandoval into the Twins’ bullpen in left field for his first home run since June 30, 2021.

Urshela extended Minnesota’s lead to 3-0 in the sixth with a solo shot to left off Mike Mayers.

Luis Arraez added an RBI single in the eighth inning.

Sandoval (3-8) started the season 3-1 but has not earned a victory since May 22. He gave up two runs on five hits in five innings with four strikeouts.

The Angels had runners on second and third with two out in the fifth when Taylor Ward hit a long drive to right field, but Minnesota’s Gabe Kepler caught it on the warning track to end the rally.

Angels left fielder Jo Adell has struggled in the outfield, but he prevented a Twins’ run in the third inning when he made a perfect throw home to get Sandy Leon out after Jose Miranda’s hit.

Angels: CF Mike Trout will hit on the field for the first time on Saturday after hitting off a tee and soft toss in the batting cage for most of the week. The three-time AL MVP said he is on the verge of returning soon, but didn’t offer a specific timeframe.

Twins: RHP Dylan Bundy (6-5, 5.01 ERA) pitched for the Angels the last two seasons before signing with Minnesota in the offseason.