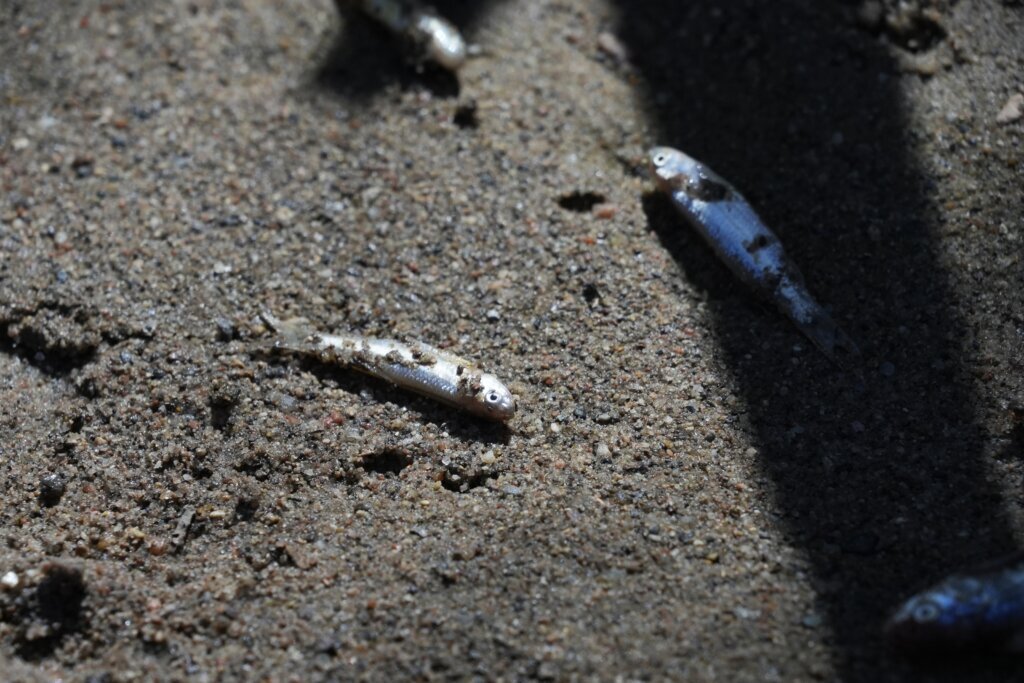 ALBUQUERQUE, N.M. (AP) — Environmentalists on Wednesday accused the U.S. government of not doing enough to ensure the survival of…

ALBUQUERQUE, N.M. (AP) — Environmentalists on Wednesday accused the U.S. government of not doing enough to ensure the survival of the Rio Grande silvery minnow as drought tightens its grip on one of the longest rivers in the West.

In a lawsuit filed in federal court, the group WildEarth Guardians asked a judge to force the Bureau of Reclamation and the Fish and Wildlife Service to reassess the effects of water management activities on the endangered fish.

They also want federal officials to develop enforceable measures to keep dams and diversions along the river’s stretch through New Mexico’s most populated region from jeopardizing the minnow.

The tiny fish was declared endangered nearly 30 years ago and has been the subject of much litigation over the decades. The challenges have only mounted in recent years as demands on the Rio Grande have escalated due to climate change, with snowpack melting sooner and strong winds further drying thirsty soil and limiting the amount of spring runoff that reaches the river.

Like the Colorado River and other western waterways, record-low flows are becoming normal for the Rio Grande.

Parts of the Rio Grande on the southern end of Albuquerque went completely dry earlier this year — something that hasn’t happened in more than 30 years. Teams of biologists scrambled to scoop up minnows from puddles in the riverbed before they dried up.

“It comes as little surprise that silvery minnow populations remain in crisis,” said Daniel Timmons with WildEarth Guardians. “It is time to move beyond Band-Aid solutions for the Middle Rio Grande and think holistically about how to save a living river and all the native species that call the river home.”

Timmons said the status quo is a recipe for extinction for the minnow.

The Fish and Wildlife Service and the Bureau of Reclamation declined Wednesday to comment on the pending litigation.

Management of the Rio Grande is based on decades-old water sharing agreements that also involve Colorado, Texas and Mexico. Irrigation districts that provide water to thousands of farmers up and down the river valley also are part of an equation that includes the paramount water rights of Native American communities situated along the river and Hispanic enclaves that irrigate crops through traditional canals called acequias.

In some cases, changing the dynamics of the Rio Grande’s management would take congressional action.

The Bureau of Reclamation for years has worked closely with irrigation districts, tribes, the city of Albuquerque and other water rights holders to release water for the fish when the river was in danger of going dry or to mimic spring flows and encourage spawning.

This year there was no extra water.

A study funded by the bureau and published in October indicates the minnow’s status appears strongly dependent on ensuring sufficient seasonal flows and habitat conditions that will promote successful spawning.

WildEarth Guardians in their complaint blame “a century of unsustainable water uses and mismanage of the Grande” for conditions that barely allow the minnow and other protected species to survive. The group contends the Rio Grande has been turned into conduit rather than a “living river” that has variable yet persistent flows.

The environmentalists challenge the findings of a 2016 biological opinion adopted by the agencies that stated water operations in the Middle Rio Grande were not likely to jeopardize endangered species or negatively affect their habitat.

At about 3 inches (7.62 centimeters) long, the silvery minnow historically was one of the most abundant and widespread aquatic species in the Rio Grande, occurring from Espanola downstream nearly 1,000 miles (1,609 kilometers) to the Gulf of Mexico. Biologists say it has disappeared from more than 95% of its historical range.

There have been only three times in the past 26 years — in 1995, 2005 and 2017 — that population densities in the Middle Rio Grande have exceeded the density at the time the minnow was listed in 1994.

The lawsuit states that with respect to climate change, scientists predict that Rio Grande flows will decline by at least one-third and likely by half by the end of the century due to increased temperatures, significantly impacting the silvery minnow and its habitat.

The complaint also notes the effects of river management on the Southwestern willow flycatcher and the yellow-billed cuckoo.