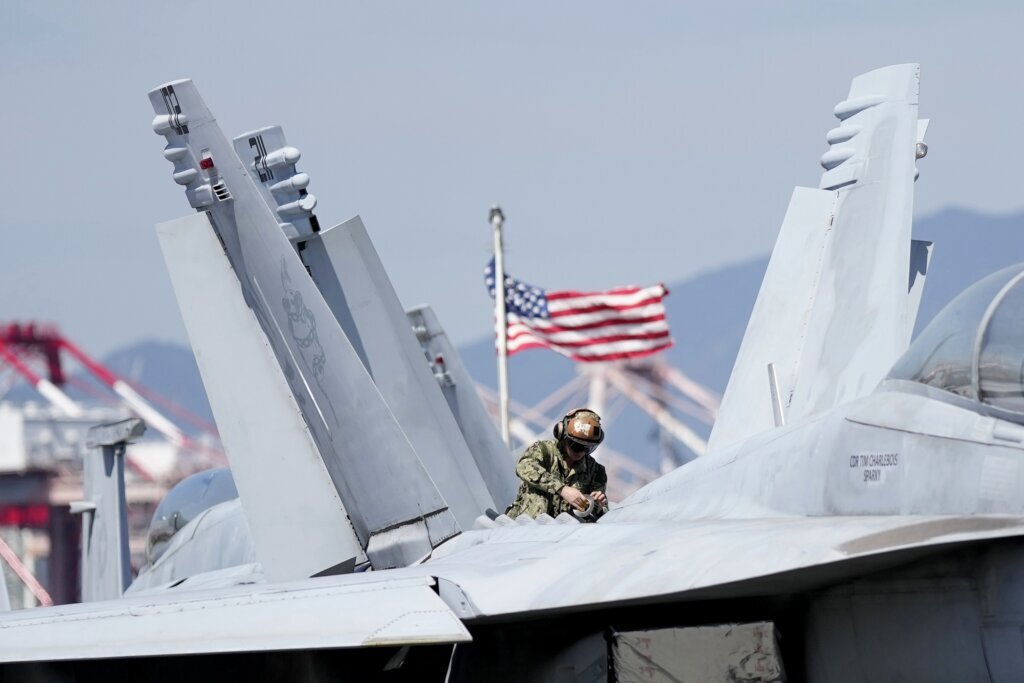 SEOUL, South Korea (AP) — A. U.S. aircraft carrier and its battle group launched drills with South Korean warships off the Korean Peninsula’s east coast on Monday in their first such training in five years, a day after North Korea test-fired a short-range ballistic missile in a possible response to the exercise.

North Korea could conduct more tests in coming days as it views U.S.-South Korean military exercises as a practice to invade the county and often reacts with displays of weapons designed to attack its rivals.

The four days of drills are aimed at demonstrating the allies’ “powerful resolve to respond to North Korean provocations” and improve their ability to perform joint naval operations, the South Korean navy said in a statement.

It would be the first such joint drills involving a U.S. aircraft carrier near the peninsula since 2017, when the U.S. sent three aircraft carriers including the Reagan for naval drills with South Korea in response to North Korean nuclear and missile tests. The allies had since cancelled or downsized some of their regular drills to support now-dormant talks on North Korea’s nuclear program or guard against COVID-19.

The North Korean missile fired on Sunday flew about 600 kilometers (370 miles) at the maximum altitude of 60 kilometers (37 miles) before falling into the waters off the North’s east coast, according to South Korean estimates. Some experts say North Korea might have launched a nuclear-capable, highly maneuverable ballistic missile and that its 600 kilometer-flight had enough range to strike a southeastern South Korean port where the Reagan was previously docked.

North Korea has performed a record number of missile tests this year as it steadfastly rebuffs U.S. and South Korean calls to resume the nuclear diplomacy. North Korea has said it won’t return to talks unless the United States drops its hostile policies in an apparent reference to U.S.-South Korean military drills and U.S.-led economic sanctions on it.

Earlier this month, North Korea adopted a new law that authorized the preemptive use of nuclear weapons in some situations, a development that showed its increasingly aggressive nuclear doctrine. Some analysts say North Korea would eventually aim for arms control negotiations with the United States to get sanctions relief and other concessions in return for a partial surrender of its nuclear capability.