US futures slip, threaten to send markets negative for week 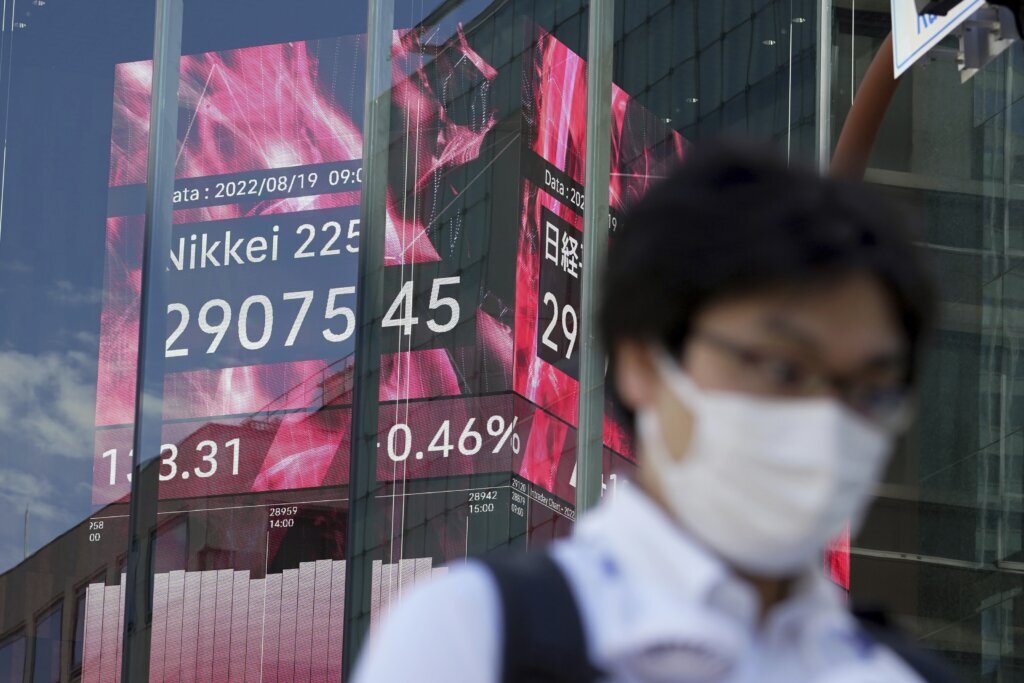 NEW YORK (AP) — Wall Street is poised to open significantly lower Friday, threatening to drag major indices back into negative territory for the week with earnings season winding down.

Gains on Thursday positioned the S&P, Dow, Nasdaq and Russell 2000 to finish positive for the week.

After a mixed bag of corporate earnings, more solid jobs data and a steady retail sales report, investors may already be looking ahead to the Federal Reserve’s annual Jackson Hole conference in Wyoming next week for indications of when and how much the U.S. central bank might raise its main borrowing rate.

Minutes of the Fed’s July meeting released this week said inflation still is too high and made clear the central bank will keep raising interest rates.

The Fed has raised interest rates twice this year by 0.75 percentage points, triple its usual margin. Forecasters expect a hike at the board’s September meeting, but whether it’s another three-quarters of a point hike or a smaller one may be determined by whether the Fed is influenced more by an historically strong labor market or an economy that’s contracted two quarters in a row.

Bed Bath & Beyond continued its slide, losing 36% of its value in off-hours trading after high-profile activist investor Ryan Cohen confirmed that he’s bailed out of the meme stock, which had been sent soaring by retail investors this month. Shares were poised to open around $12 on Friday after reaching as much as $30 in intraday trading this week.