US players ‘horrified’ by report of abuse in women’s soccer 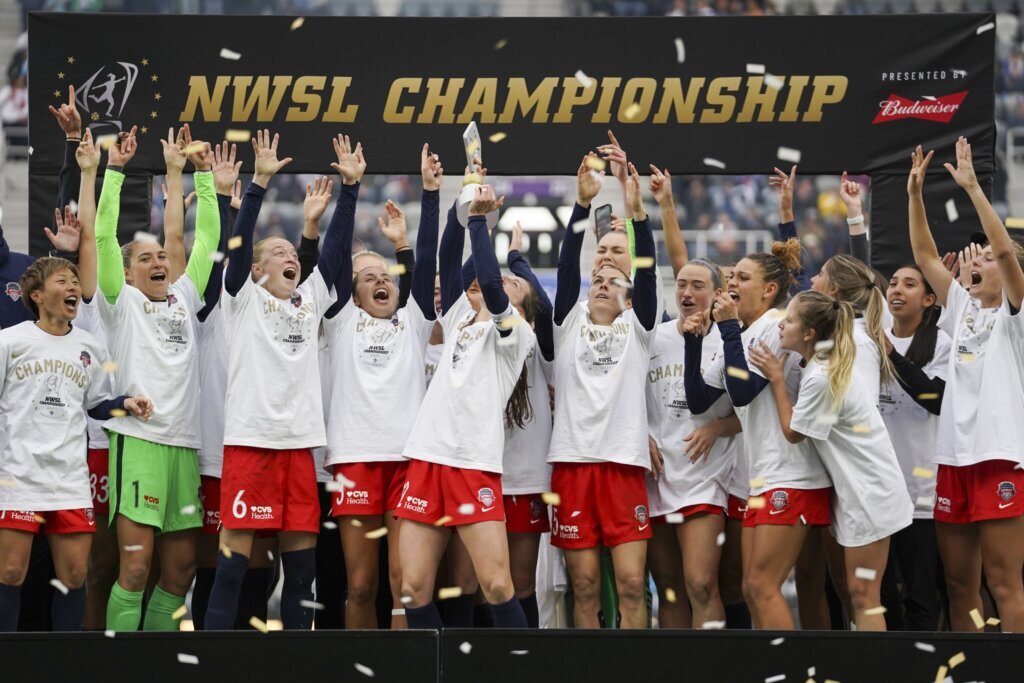 As the United States was preparing for its game Friday against England at Wembley Stadium, players were trying to process…

As the United States was preparing for its game Friday against England at Wembley Stadium, players were trying to process an investigation that found emotional abuse and sexual misconduct are systemic in women’s soccer.

“We are horrified and heartbroken and frustrated and exhausted and really, really angry,” said defender Becky Sauerbrunn.

Former acting U.S. Attorney General Sally Q. Yates and the law firm of King & Spaulding released a report Monday after being retained by U.S. Soccer to investigate allegations of abuse in the National Women’s Soccer League following a series of scandals last year.

The NWSL and its players association are conducting another investigation.

Five of 10 NWSL coaches either were fired or stepped down last season amid allegations of misconduct. Among them was North Carolina Courage coach Paul Riley, who was dismissed after two former players, Mana Shim and Sinead Farrelly, accused him of sexual coercion and harassment dating back a decade. Riley denied the allegations.

Yates’ report focused on three former coaches, including Riley. Not only did the investigation find misconduct by all three, it also said their teams did not fully cooperate.

“I think for so long this has fallen on the players to demand change. That is because the people in authority and decision-making positions have repeatedly failed to protect us and they have failed to hold themselves and each other accountable. Who are you actually protecting and what values are you upholding? You have failed in your stewardship,” Sauerbrunn said. “And it’s my opinion that every owner and executive and U.S. Soccer official who has repeatedly failed the players and failed to protect the players, who have hidden behind legalities and have not participated fully in these investigations, should be gone.”

As Sauerbrunn was speaking in London, her NWSL team, the Portland Thorns, announced owner Merritt Paulson, general manager Gavin Wilkinson and executive Mike Golub would immediately withdraw from any Thorns-related decision-making until the league investigation is complete.

Farrelly and Shim played for the Thorns when Riley was coach from 2014-15. At the time, the Thorns conducted an internal investigation of the allegations and decided not to renew Riley’s contract. But no reason for the decision was made public and Riley went on to coach elsewhere in the league.

Sauerbrunn was asked about increasing pressure on Paulson to sell the team. She said it was her belief the NWSL’s joint investigation would make its own recommendation as far as discipline.

“I don’t know if anything is going to come out in this other report that’s going to make any sort of difference. And so at the end of the day, if people continue to fail the players and they don’t comply to anything that gets asked of them or gets implemented because of these reports, then they need to be gone,” Sauerbrunn said.

Some of the details in Yates’ report were disturbing.

“I think we’re all reckoning with the things that were said in the report. Still kind of working through that, in all the ways that we individually do,” said defender Alana Cook, who plays for OL Reign. “I think we have such a momentous occasion on Friday playing at a sold out Wembley Stadium, and it’s marred by this report, and it’s marred by the atrocities that have been condoned and tolerated and allowed to go on.”

The report made numerous recommendations to prioritize player health and safety. Among them is the requirement that teams accurately disclose coach misconduct to the league and the soccer federation to ensure coaches aren’t allowed to move between teams. It also calls for meaningful vetting of coaches and timely investigations into allegations of abuse.

“It was a difficult day, yesterday, lots of emotions, different emotions. Personally, I’m saddened by the report in everything that we saw in it,” U.S. coach Vlatko Andonovski said. “At the same time, I feel a lot of empathy for the players, and I have tremendous respect for the bravery of the players who spoke out and the players who participated in this report. Soccer is is a game we all love and it should be a safe space.”