US: Russia running into problems with Iran-made drones 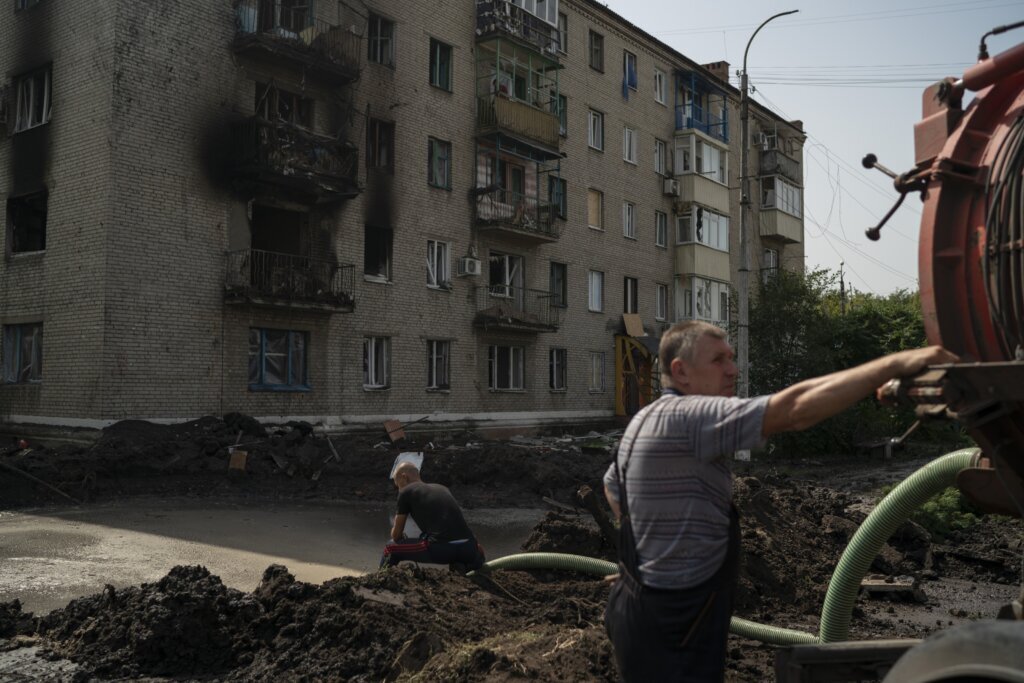 WASHINGTON (AP) — Russia has faced technical problems with Iranian-made drones acquired from Tehran this month for use in its war with Ukraine, according to Biden administration officials.

The officials, who spoke on the condition of anonymity to discuss the U.S. intelligence assessment, did not detail the “numerous failures.” They added that the U.S. assesses that the delivery of Mohajer-6 and Shahed-series unmanned aerial vehicles over several days this month is likely part of a Russian plan to acquire hundreds of Iranian UAVs.

The Associated Press reported last week that Russia had recently obtained hundreds of Iranian drones capable of being used in its war against Ukraine despite U.S. warnings to Tehran not to ship them. The Washington Post first reported that Russia has faced technical problems with the Iranian drones.

Russian operators continue to receive training in Iran on how to use these systems, which can conduct air-to-surface attacks, electronic warfare and targeting, on the battlefield in Ukraine, the officials said.

The Biden administration last month released satellite imagery indicating that Russian officials visited Kashan Airfield on June 8 and July 5 to view the Iranian drones. At the time, White House national security adviser Jake Sullivan asserted that the administration has “information that the Iranian government is preparing to provide Russia with several hundred UAVs.”

Facing economic sanctions and limits on its supply chains due to its invasion of Ukraine, Russia is turning to Iran as a key partner and supplier of weapons. Russian aircraft was loaded with the UAV equipment at an airfield in Iran over several days this month before the weaponry was flown to Russia, the officials said.

White House national security council spokesman John Kirby told reporters earlier Monday that the administration had “no update” on whether the drones had been delivered. He added that the U.S. has has “seen nothing that that gives us a sense of comfort” and that “the procurement, and delivery is still looming, is still in the offing.”

Iran’s foreign minister, Hossein-Amir Abdollahian, said last month that Tehran had “various types of collaboration with Russia, including in the defense sector.”

“But we won’t help either of the sides involved in this war because we believe that it (the war) needs to be stopped,” he said.

The administration officials confirmed details of Iran supplying Russia with drones at a moment when the White House is also trying to prod Tehran to resume its compliance with the 2015 nuclear deal.

The administration last week c ompleted its review of Iran’s comments on a European proposal to restart the agreement that was brokered during President Barack Obama’s administration and scrapped by in 2018 by then-President Donald Trump in 2018.