US: Shot that killed journalist likely fired from Israelis 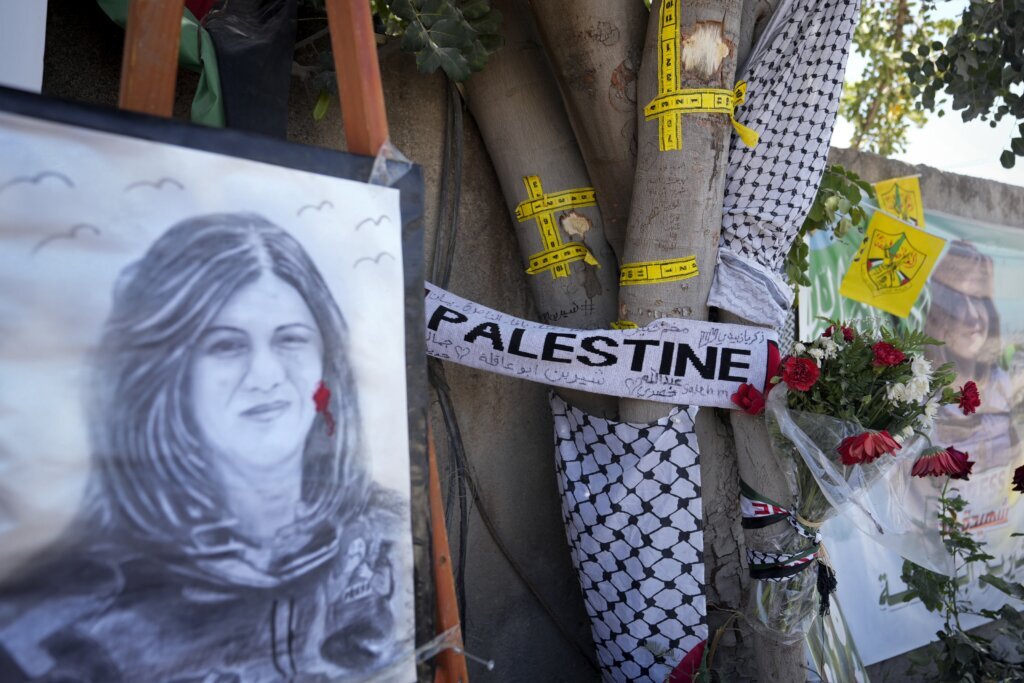 WASHINGTON (AP) — U.S. officials have concluded that gunfire from Israeli positions likely killed Al-Jazeera journalist Shireen Abu Akleh but that there was “no reason to believe” her shooting was intentional, the State Department said Monday.

The finding, in a statement from State Department spokesman Ned Price, came after what the U.S. said was inconclusive tests by independent ballistics experts under U.S. oversight of the bullet fragment recovered from Abu Akleh’s body.

“Ballistic experts determined the bullet was badly damaged, which prevented a clear conclusion” as to who fired the shot, Price said in the statement.

Abu Akleh, a veteran correspondent and U.S and Palestinian citizen who was well known throughout the Arab world, was shot and killed while covering an Israeli military raid on May 11 in the Jenin refugee camp in the occupied West Bank. Palestinian eyewitnesses, including her crew, say Israeli troops killed her and that there were no militants in the immediate vicinity.

U.S. security officials had examined results of both Palestinian and Israeli investigations and “concluded that gunfire from IDF positions was likely responsible for the death of Shireen Abu Akleh,” Price said.

The U.S. “found no reason to believe that this was intentional but rather the result of tragic circumstances during an IDF-led military operation against factions of Palestinian Islamic Jihad,” Price said.

Serie A club identify Arsenal star who could cost ‘at least €40 million’ as ‘chosen one’ to replace key player: Reports