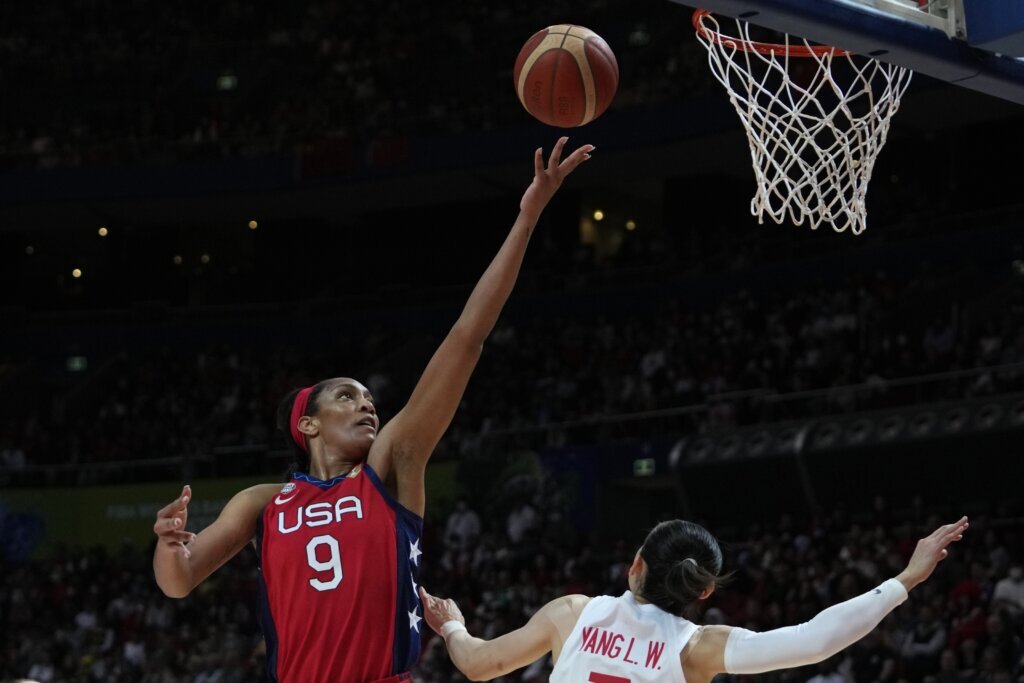 This was one of the most dominant teams in the Americans’ storied history in the World Cup that now has won 11 gold medals. They now have won four straight gold medals for the first-time ever. This was also the biggest win in a gold-medal game, surpassing the 20-point wins that the Americans had done twice.

What started with Sue Bird and Diana Taurasi has now been passed down to Wilson and Breanna Stewart. With Alyssa Thomas the oldest player at 30, the domination could continue for years to come.

As they’ve done all tournament, the Americans did it on both ends of the court, playing stellar defense as well as using a high-powered offense.

The game was a sellout with nearly 16,000 fans — the biggest crowd to attend a women’s World Cup game since the inaugural tournament in 1953 in Chile.

Led by Li Yueru and Wu Tongtong, China hung around. The Chinese team trailed 33-28 late in the second quarter before the U.S. went on a 10-2 run highlighted by fast-break layups by Stewart and Wilson to extend the advantage to double-digits.

Jin Weina hit a 3-pointer just before the halftime buzzer to get China back to within 10.

The U.S. was just too good to let the upset happen, outscoring China 25-14 in the third. The Americans did have one scary moment when Thomas went down after a collision with Li in the lane. She was helped off the court, but returned a few minutes later.

China won its first medal since the 1994 World Cup when the team also took the silver and are a rising power in women’s basketball.

Li finished with 19 points and Wu added 13 before leaving the game in the fourth quarter after her knee gave out driving to the basket. She had to be carried off the court.

The victory was the 30th in a row in World Cup play for the Americans, who haven’t lost since the 2006 semifinals against Russia. The Soviet Union holds the World Cup record with 56 straight wins from 1959-86. This is only the second time in the Americans’ storied history they’ve reached four consecutive gold medal contests. They also did it from 1979-90, winning three times.

This U.S. team, which has so many new faces on it, also continued to dominate the paint even without 6-foot-8 Brittney Griner, outscoring its opponents by an average of 55-24.

These two teams met in pool play and China gave the U.S. its toughest game, losing by 14 points.

FIBA Secretary General Andreas Zagklis was pleased that half of the officials in the tournament were female and five of the 12 head coaches were women. Both China and the U.S. had women in charge of their teams, marking the second straight time that two female coaches made it to the gold medal game.

The U.S. was without Kahleah Copper for the second straight game after injuring her left hip in the win over Serbia in the quarterfinals. Copper landed hard on her hip driving to the basket and had to be helped off the court. China was missing its star guard Li Meng, who sat out a second consecutive game with what Chinese media reported as having a fever due to body fatigue.