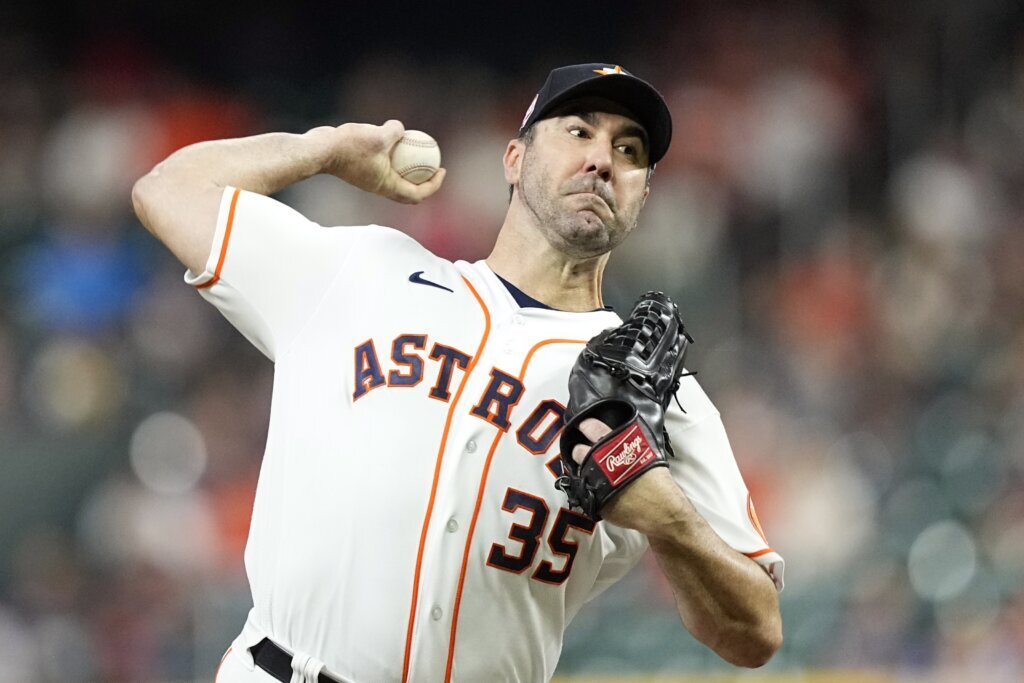 HOUSTON (AP) — Justin Verlander and the Houston bullpen have not allowed a hit through seven innings against the Philadelphia Phillies.

Verlander struck out 10 and walked one in five innings before being pulled after 77 pitches Tuesday night. The AL West champion led the NL wild-card Phillies 8-0 at the point.

Verlander retired the first 12 batters, fanning eight in a row at one point, and the only baserunner he allowed was Brandon Marsh on a walk to start the fifth.

Verlander’s performance lowered his MLB-leading ERA to a career-best 1.75 as he wrapped up the regular season of remarkable comeback after missing almost two full seasons after Tommy John surgery. The 39-year-old righty has pitched three no-hitters in his career.

Bryce Harper and Marsh played Tuesday, but the Phillies fielded a lineup missing many of their regular starters after clinching their first playoff berth since 2011 a night before.