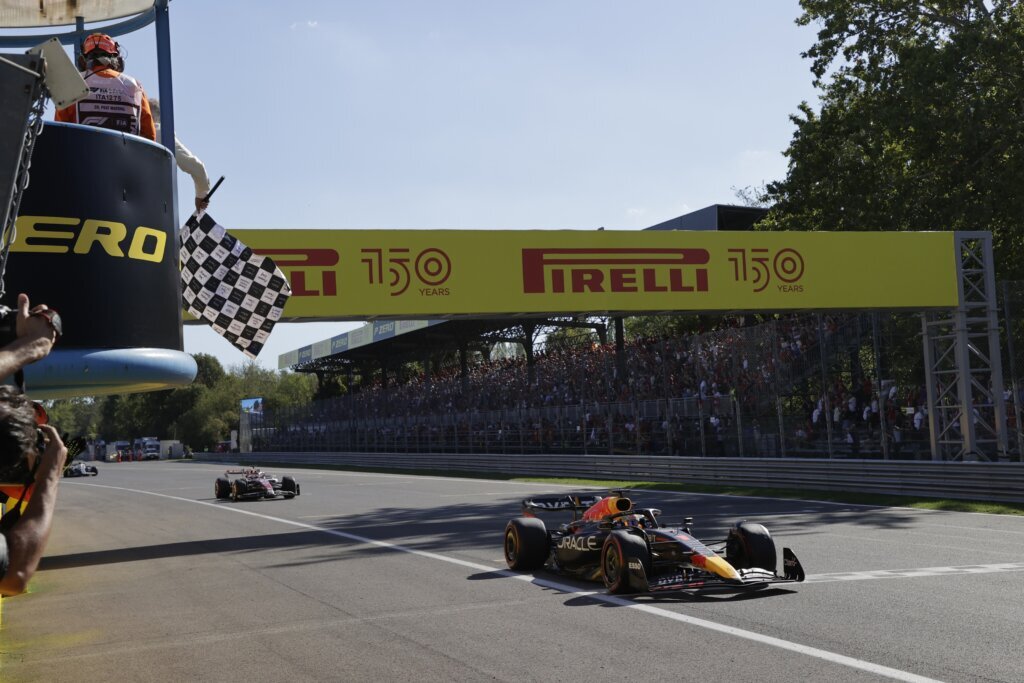 MONZA, Italy (AP) — Formula One championship leader Max Verstappen again made light work of starting down the grid as…

MONZA, Italy (AP) — Formula One championship leader Max Verstappen again made light work of starting down the grid as he won the Italian Grand Prix on Sunday to leave him within touching distance of a second successive title.

Verstappen now has a 116-point lead over Charles Leclerc, who finished second after another questionable strategy decision from Ferrari on its home track. With just six races remaining, the Dutch driver could mathematically clinch the title in Singapore next month.

It was the first time Verstappen has set foot on the iconic Monza podium, with his highest previous finish being fifth in 2018.

Verstappen started seventh after he was among a number of drivers hit by grid penalties in Monza but made his way up to third by the first corner of the second lap. The Red Bull driver then picked off George Russell in a Mercedes at the start of Lap 5 setting up the hunt for polesitter Leclerc in his Ferrari.

The Virtual Safety Car gave him an opportunity as it came out on Lap 12 after Sebastian Vettel’s final race at Monza came to an ignominious end, with the four-time world champion pulling up at the side of the track after complaining about a power issue.

Ferrari decided to bring Leclerc in to change to medium tires, allowing Verstappen to take the lead. Leclerc rejoined the race in third.

He moved past Russell and then briefly regained the lead when Verstappen pitted on the 26th lap but the pair swapped places again seven laps later when the Ferrari driver pitted for new tires for a second time.

The safety car came out again shortly after last year’s winner, Daniel Ricciardo, pulled up on Lap 47 prompting most drivers to pit for soft tires.

However, a final battle never materialised when the race finished behind the safety car with Verstappen securing his fifth straight victory and his 11th of the season — one more than last year.

Russell was third, ahead of Carlos Sainz Jr. and Lewis Hamilton, who had both fought through the field after starting at the back of the grid following penalties.

Williams reserve driver Nyck de Vries finished his first ever F1 race in ninth. The 27-year-old was a late replacement for Alex Albon after the Thai driver was diagnosed with appendicitis.