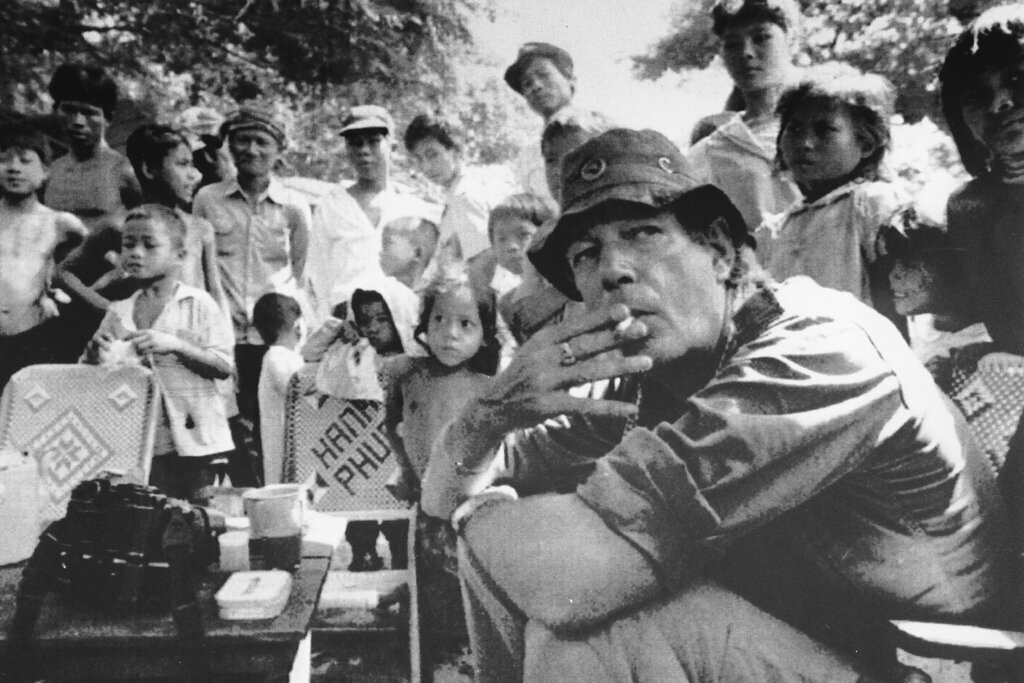 The British-born, self-taught photographer died of liver cancer with friends at his bedside at his rural home at Fernmount in New South Wales state, friends posted on social media.

Ben Bohane, an Australian friend and fellow photojournalist, described Page as one of the world’s great war photographers as well as a “real humanist.”

“He always said that it was more important to be a decent human being than a great photographer. So his humanism, through his photojournalism, really shone through,” Bohane told Australian Broadcasting Corp. on Thursday.

Page was wounded four times as a war reporter covering conflicts in Vietnam, Laos and Cambodia during the 1960s and ’70s.

He stood out for his flamboyance and extravagant personality as well as his talent and commitment as a photographer. He inspired the drug-addled photojournalist played by Dennis Hopper in the Francis Coppola-directed, Oscar-winning 1979 Vietnam War movie “Apocalypse Now.”

Page embraced and documented the drug culture since the 1960s in Indochina and the United States.

He worked as a freelance photographer from the late 1960s for music magazines including Rolling Stone and Crawdaddy, sharing assignments with some of the most significant writers of the era such as Hunter S. Thompson. Page embraced his “Gonzo photographer” reputation.

He was arrested along with Jim Morrison when with Doors frontman was famously dragged by police from a stage in New Haven, Connecticut, in 1967. Morrison was arrested for inciting a riot, indecency and public obscenity. Page was arrested obstructing police. Both spent the night in police cells before charges were dropped.

Page wrote a dozen books about his war experiences and music.

He was born in Tunbridge Wells in England on May 25, 1944. He was raised by a foster family after his merchant navy sailor father died in a submarine attack in the North Atlantic.

He left Britain in 1962, traveling through Europe, the Middle East and then Asia where he began photographing a civil war in Laos.

He created iconic images of the Vietnam War while working for news organizations including the AP, UPI, Time-Life and Paris Match.

He moved to Australia in 2002 to be with his longtime Australian partner Marianne Harris and became an adjunct professor of photojournalism at Griffith University at Brisbane in Queensland state.

He is survived by Harris and Kit Clifford, his son from a previous relationship with Clare Clifford.