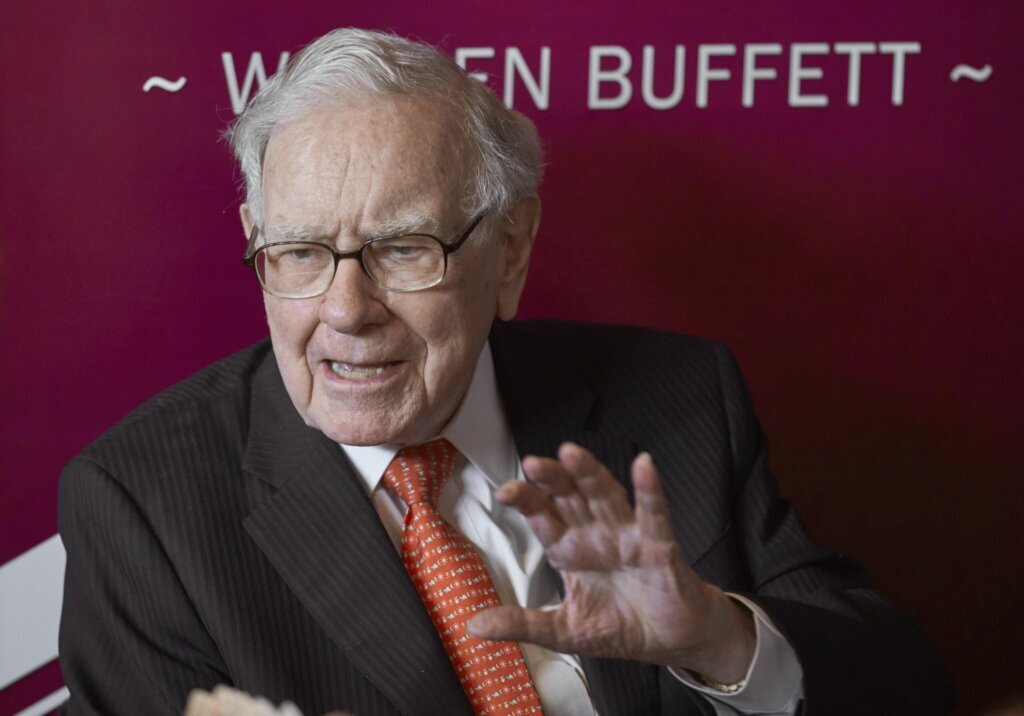 OMAHA, Neb. (AP) — Warren Buffett’s company has bought up more than $11 billion worth of Occidental Petroleum stock this…

OMAHA, Neb. (AP) — Warren Buffett’s company has bought up more than $11 billion worth of Occidental Petroleum stock this year, giving Berkshire Hathaway control of more than 20% of the oil producer.

Occidental’s stock jumped nearly 5% Tuesday to trade for $62.89 after Buffett revealed his latest purchases of nearly 6.7 million Occidental shares worth more than $400 million.

Berkshire has repeatedly acquired shares of the Houston driller whenever the stock falls below $60 in recent months. Buffett also dropped more than $20 billion on Chevron stock in the first quarter of this year and took advantage of the surge in oil prices after Russia invaded Ukraine. Berkshire’s Chevron stake is worth more than $24 billion.

That means Buffett’s Omaha, Nebraska, conglomerate has more than $45 billion invested in the oil sector as Berkshire holds another $10 billion worth of preferred Occidental shares that it picked up in 2019 when it helped finance Occidental’s purchase of Anadarko.

And Buffett may not be done. Berkshire owns warrants to buy another 83.9 million Occidental shares at $59.62 apiece.

Because Berkshire now owns 20.2% of Occidental’s stock, it will be allowed to record a proportional share of the oil producer’s earnings on its earnings reports. That could provide a roughly $2 billion a year boost to Berkshire’s bottom line.

Buffett aggressively invested in stocks this year when the market was weighed down by soaring inflation and rising interest rates. Berkshire spent more than $51 billion on stocks in the first quarter, but the pace of its investments slowed considerably in the second quarter when it was a net buyer of only $3.8 billion in stocks with much of that going into Occidental. Berkshire will detail all its second-quarter stock purchases later this month.

In addition to the stakes it holds in companies, Berkshire owns more than 90 companies outright, including BNSF railroad, Geico insurance, several major utilities and an eclectic assortment of manufacturing and retail businesses like See’s Candy, Dairy Queen, Helzberg Diamonds, Fruit of the Loom and Precision Castparts. Most of those businesses have performed well this year, but Berkshire reported a $44 billion quarterly loss over the weekend on a sharp drop in the paper value of its stock portfolio.

What is a maul in rugby union?

Nitish to take oath as Bihar CM tomorrow, Tejashwi to be his deputy