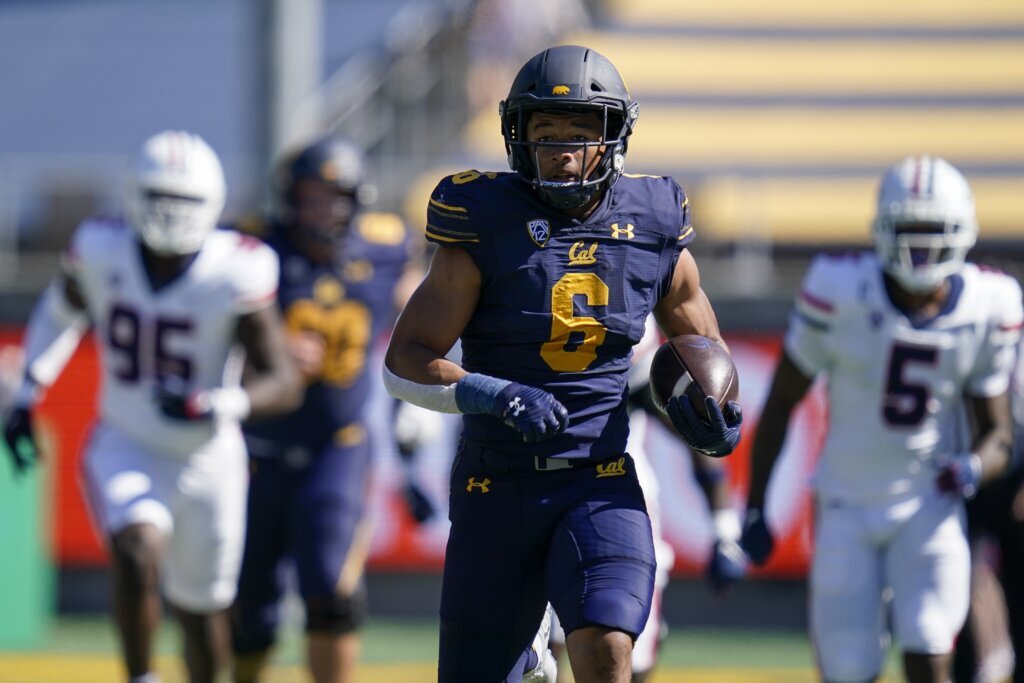 Line: Washington State by 3 1/2 points, according to FanDuel Sportsbook

Washington State will close its three-game homestand looking to recover from a defensive collapse that allowed Oregon to score three quick touchdowns in the closing minutes of the Ducks’ 44-41 win last week. Cal is enjoying a strong start, beating Arizona 49-31 last weekend. Cal’s defense looked good in wins over UC Davis of the Championship Subdivision and UNLV. The Bears lost 24-17 on the road against Notre Dame.

Washington State’s “Air Raid” against a California defense that allows 250 passing yards per game. QB Cameron Ward completed 29 of his first 33 passes against Oregon before a fourth-quarter interception.

California: RB Jaydn Ott ran for 274 yards and three touchdowns on just 19 carries against Arizona for an average of 14.4 yards per attempt. The freshman had runs of 73, 72 and 31 yards. Ott’s yardage was the highest by an FBS player this season.

Washington State: QB Cameron Ward has thrown for 1,102 yards with 10 touchdowns and five interceptions while completing 69% of his passes in four games.

Cal’s rushing defense ranks 59th in the Bowl Subdivision with 131 yards yielded per game. … The Cougars’ ground game is last in the Pac-12 at 96.8 yards per game. … WSU DT Christian Mejia missed the Oregon game because his wife was in labor. The new father will suit up against Cal. … The WSU defense leads the country with 38 tackles for loss … WSU receiver Donovan Ollie is second in the conference with 24 receptions.