ARSENAL loanee Nuno Tavares scored a screamer on his debut for Marseille, where he plays on loan this term.

Tavares, 22, helped L’OM thrash Reims 4-1 at the Veldrome in their first Ligue 1 match of the season.

The left-back netted the French giants’ second, which practically ended their opponents’ hopes of getting back in the game after Wout Faes’ own goal, in the first half.

The Portugal Under-21 international picked up a long ball by Leonardo Balerdi down the left flank and danced around Reims’ defenders.

The 22-year-old took the ball to the edge of the box and fired a thunderous right-footed shot that hit Patrick Pentz’s bottom left corner in the first minute of stoppage time.

Arsenal fans were in awe of the full-back’s wondergoal following a hapless debut season at the Emirates that convinced manager Mikel Arteta to sign Oleksandr Zinchenko to compete with Kieran Tierney. 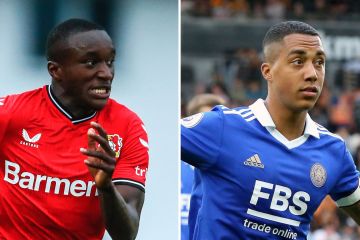 Tavares was considered a flop upon his departure for Marseille but the Gunners’ faithful took to Twitter to express their hope he will return a changed man, just like William Saliba did.

Another posted: “Love him and yes…get the experience.”

A third wrote: “This bloke will come back to us as an absolute monster, mark my words, raw talent who needs a season or two away from the club, sounds familiar.”

This fan said: “He is going to come back bigger and stronger like Saliba.”

And that one tweeted: “Bring him back to do RB [right-back].”

But Tavares wasn’t the only Arsenal loanee to mark his debut with a goal in Marseille.

Folarin Balogun came off the bench and scored Reims’ one and only goal to ease the pain, while Luis Suarez’s brace sealed the hosts’ triumph.

Tudor starts at Marseille with 4-1 league win against Reims