The Gunners were already coasting at the start of the second half thanks to a Martin Odegaard brace.

But centre-back Saliba then stepped up to bag his first goal for the club with a special curling effort from the edge of the box.

He struck the ball first time with his left foot and it swerved away from Cherries keeper Mark Travers and into the far corner.

The travelling Arsenal fans burst into celebration and amazement at the goal from their central defender.

And they were not the only ones left shocked. 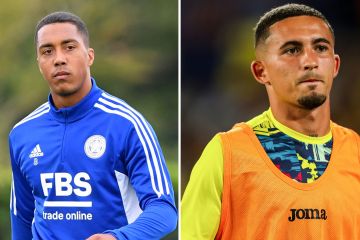 Gunners left-back Zinchenko dropped to his knees in disbelief at the quality of the strike, staring straight up to the heavens as the Arsenal players ran to the corner.

He then got back to his feet but remained absolutely astonished, cupping his hands on his head.

It caps a superb start to Saliba’s career at Arsenal.

He was signed by the North London outfit back in 2019 but had not played a competitive match prior to this season following loan spells at Saint-Etienne, Nice and Marseille.

He starred for Mikel Arteta’s side on his debut against Crystal Palace – a match they won 2-0 on the opening night of Prem action.

Saliba then impressed again when Leicester came to the Emirates, but had his afternoon somewhat ruined by scoring an own goal in a 4-2 victory.

However, nothing could dampen his evening on the south coast as he kept a clean sheet and opened his account for the Gunners. 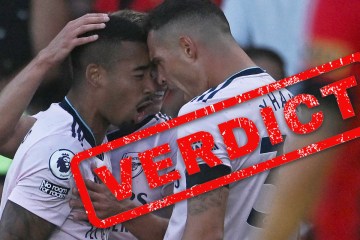 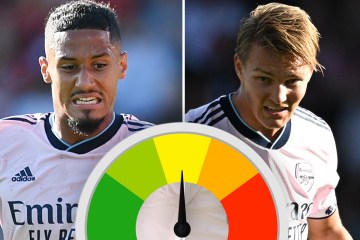 Zinchenko has also been superb since making the move from Manchester City.

Two clean sheets and an assist on his debut against Palace have already endeared him to the Arsenal faithful.

Next up for Arteta’s men is a home match against Fulham on Saturday.

At least 10 killed as gunmen storm hotel in Somali capital