A BASKETBALL interview was interrupted as two team-mates launched into a furious brawl.

Serbian star Sasa Cado spoke to the media following her country’s 81-68 Group B victory over Mali in the Women’s World Cup.

However, her smiles as she discussed her win were quickly wiped off her face as the chaos unfolded right next to her.

One of the pair landed a series of punches as they grappled each other in the mixed zone where they face the media.

Cado watched on helplessly before members of the Mali team jumped in to break up the astonishing bust-up. 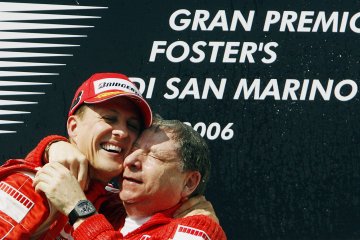 Ironically, the official Women’s Basketball World Cup tweeted before the match about their inspirational team chemistry.

Mali fans will have been hoping their players showed more fight on the court.

The West African nation have lost all four of their matches so far, with an aggregate points difference of -121 and shipping an average of 90 points per game.

To make matters worse, Mali face Canada in their final match – with the North Americans top of Group B.

In Group A, the USA are the only team with a perfect record – sinking a whopping 415 points from their four wins so far in Sydney.

The crazy incident with the Mali duo comes just days after NASCAR driver Andrew Grady unleashed a brutal attack on a rival.

Grady ran over to Davey Callihan’s car and repeatedly punched him through the car window and later blamed his “Mike Tyson-ing” on Callihan showing him a middle finger.