WAYNE ROONEY suffered his first defeat as DC United boss as his side were smashed 3-0 by Charlotte FC.

The United legend, 36, was appointed manager of the MLS side early last month on a £850k-a-year contract.

He got off to a winning start against Orlando City, beating the Sunshine State team 2-1 thanks to TWO added time goals late on.

However, Rooney wasn’t so lucky in his second outing against Charlotte FC.

DC defender Steve Birnbaum set the tone for the game with an early own goal.

And in the second half, Karol Swiderski and Quinn McNeill scored in quick succession to wrap up the 3-0 win. 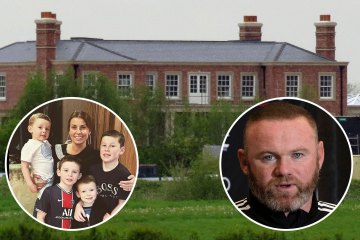 The loss leaves DC rock bottom of the Eastern Conference with 12 games remaining.

Rooney’s side are, however, just two points off Toronto and four behind Atlanta United.

The answer to DC’s problems could be signing more players.

Rooney confirmed after the game that a signing is imminent and negotiations were ongoing throughout the game against Charlotte FC.

The former striker told reporters: “I think as a manager you always want to see more players come in.

“We’ve been working very hard over the last week. I think potentially we could have someone in by tomorrow evening.

“We were trying to get something over the line or close to done while the game was going on, so I don’t have any update on that yet, so I’ll be checking on that now when I go in.

“It could be difficult in terms of the timeframe, but we are trying to get at least one more player done.”