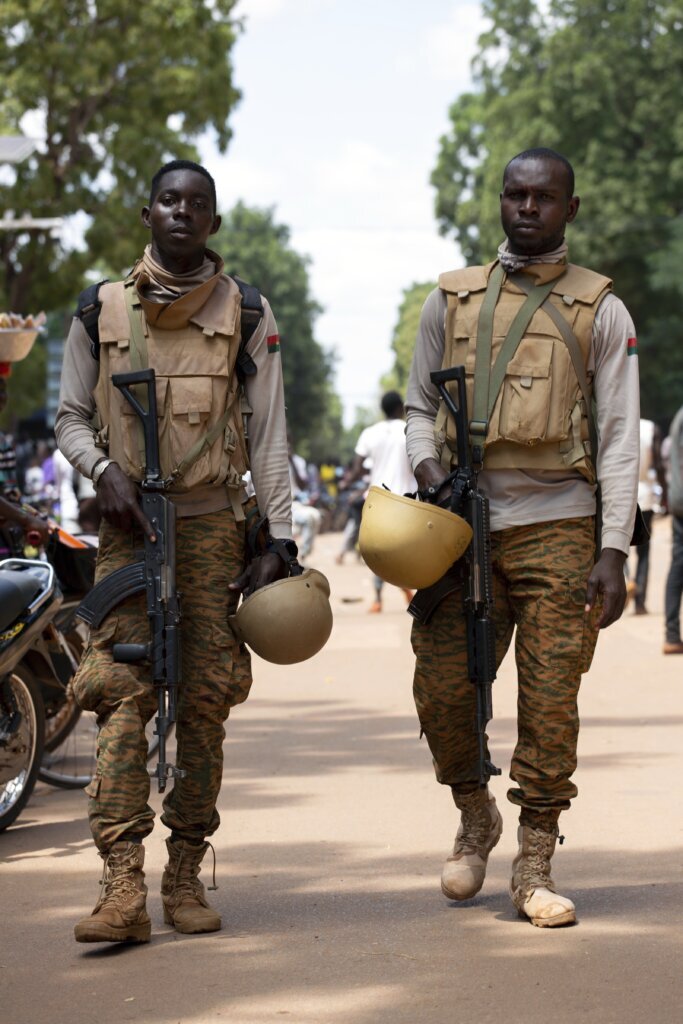 OUAGADOUGOU, Burkina Faso (AP) — Regional mediators were headed to Burkina Faso on Monday in the wake of the West…

OUAGADOUGOU, Burkina Faso (AP) — Regional mediators were headed to Burkina Faso on Monday in the wake of the West African country’s second coup this year amid concern the latest power grab could further postpone elections and deepen the region’s Islamic extremist violence.

News that the delegation from the regional bloc known as ECOWAS is traveling to the capital, Ouagadougou, came after diplomats confirmed that Lt. Col. Paul Henri Sandaogo Damiba had left for the neighboring nation of Togo following talks mediated by religious leaders.

Burkina Faso’s new leader, Capt. Ibrahim Traore, 34, is officially head of state pending future elections, the junta announced Sunday. While ECOWAS, a 15-nation West African bloc, had reached an agreement to hold a new vote by July 2024, it remained unclear whether that date would still hold.

Burkina Faso’s last democratically elected president was overthrown by Damiba in January amid frustration that his government had not been able to stop extremist attacks. But the jihadi violence, which has killed thousands and forced 2 million to flee their homes, continued and has now brought an end to Damiba’s tenure, too.

The new leader told journalists in interviews over the weekend that conditions remained poor for soldiers in the field. Damiba had not done enough to improve that situation, Traore said.

“I go on patrol with my men and we don’t have the basic logistics,” he told Voice of America. “In some villages, the trees don’t have leaves because people eat the leaves. They eat weeds. We’ve proposed solutions that will enable us to protect these people, but we are not listened to. We made so many proposals.”

In recent days, Traore’s followers have waved Russian flags and called for military support to help fight the jihadis, as neighboring Mali has done with Russia’s Wagner Group. However, those Russian mercenary forces have been accused of human rights abuses and some fear their involvement in Burkina Faso would only make things worse.

It remains to be seen whether Traore and his forces can turn around the crisis as international condemnation of the new coup mounts. The political chaos erupted into unrest over the weekend as protesters attacked the French Embassy in the capital and several other buildings associated with France around the country.

The anti-French sentiment swelled further after a junta representative said on state television that Damiba had sought refuge at a French military base in Burkina Faso. France vehemently denied the allegation and any involvement in the unfolding events.

“The situation is very volatile in Burkina Faso,” she told The Associated Press on Sunday in Paris. “There have been serious violations of the security of our diplomatic presence. Unacceptable violations that we condemn.”