Boss David Moyes wants the energetic midfielder to spend the season on loan with The Irons.

Moyes wants to inject pace and power into the heart of his team, particularly after losing the first three games of the campaign which has left his team bottom of the table.

Gallagher has featured in all three Chelsea games so far, with the player starting in Sunday’s 3-0 defeat at Leeds.

But he was only offered his chance with injured duo N’Golo Kante and Mateo Kovacic sidelined. 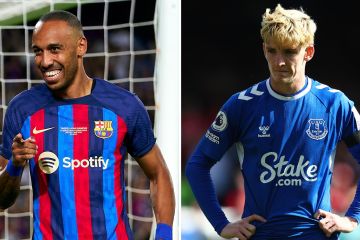 First team action will be harder to come by when they return.

Moyes is keeping close tabs on the situation and is ready to swoop with just over a week left of the summer transfer window.

West Ham are poised to increase their bid for Club Bugge’s Hans Vanaken to underline their need for more strength in midfield.

An offer of £10m should be enough to land the 6ft 5in goalscoring midfielder in the next couple of days.

Left-back Emerson Palmieri is finalising a £13m move from Chelsea but Moyes wants more numbers in his squad.

Gallagher, 22, enjoyed an impressive breakthrough year at Palace which earned him a full England call up.

The Eagles want him back too but now face competition from West Ham.