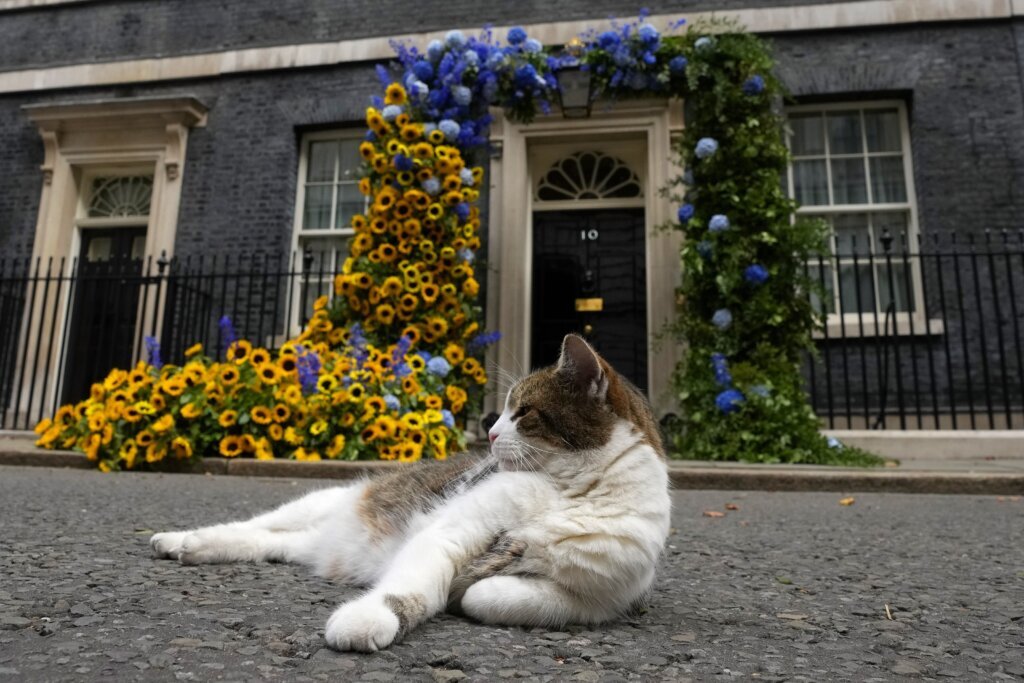 European leaders pledged unwavering support for Ukraine as the war-torn country marked its Independence Day on Wednesday, coinciding with the…

European leaders pledged unwavering support for Ukraine as the war-torn country marked its Independence Day on Wednesday, coinciding with the six-month milestone of Russia’s invasion.

Leaders paid tribute to the sacrifices and courage of the Ukrainian people, voiced their resolve to keep supplying Ukraine with weapons and reviled Moscow for its attack on the neighboring Eastern European nation.

In Britain, floral and musical tributes punctuated a show of solidarity as Ukraine commemorated its 1991 declaration of independence from the Soviet Union. The U.K. Ministry of Defense tweeted a video of the Scots Guards Band, which usually provides musical accompaniment for the Changing of the Guard at Buckingham Palace, performing Ukraine’s winning Eurovision Song Contest entry, “Stefania.”

“We will never recognize Russia’s annexation of Crimea or any other Ukrainian territory,” Johnson said in a Tuesday video address to an international summit on Russia’s seizure of the Crimean Peninsula from Ukraine in 2014.

German Chancellor Olaf Scholz said in a video posted on Twitter that “our hearts go out to those who pay for the Russian war terror with their lives day after day, who are maimed and wounded.”

Scholz had harsh words for Russia, rebuking the Kremlin for its “backward imperialism” and stressed that Ukraine “will drive away the dark shadow of war because it is strong and brave, because it has friends in Europe and all over the world.”

French President Emmanuel Macron, in a video message bookended with phrases he spoke in Ukrainian, said the defense of Ukraine meant “refusing to allow international relations to be ruled by violence and chaos.”

He said Ukraine’s Independence Day “is a day of pride. But in the place of legitimate festivities, we are thinking of the dead and the fighters today, of the courage and resilience of your people.”

Finnish Prime Minister Sanna Marin adopted a similar tone, calling Ukrainians “brave and unyielding.” She added: “We stand with you. We won’t look away.”

Spain’s prime minister, Pedro Sánchez, said Ukraine “is today the heart of Europe,” offering a lesson that “freedom and democracy will always win out over coercion and violence.”

Pope Francis marked the half-year anniversary of the invasion by decrying the “insanity” of war and lamenting that innocents on both sides were paying the price.

The pontiff warned about the risk of nuclear disaster in Ukraine, a reference to the shelling of the Russian-occupied Zaporizhhia Nuclear Power Plant. He also lashed out at those who were profiting from the war, especially weapons manufacturers.

Francis has stepped up his denunciations of the war though rarely blames Russia or President Vladimir Putin by name, evidence that the Vatican is trying to keep dialogue open with Moscow.