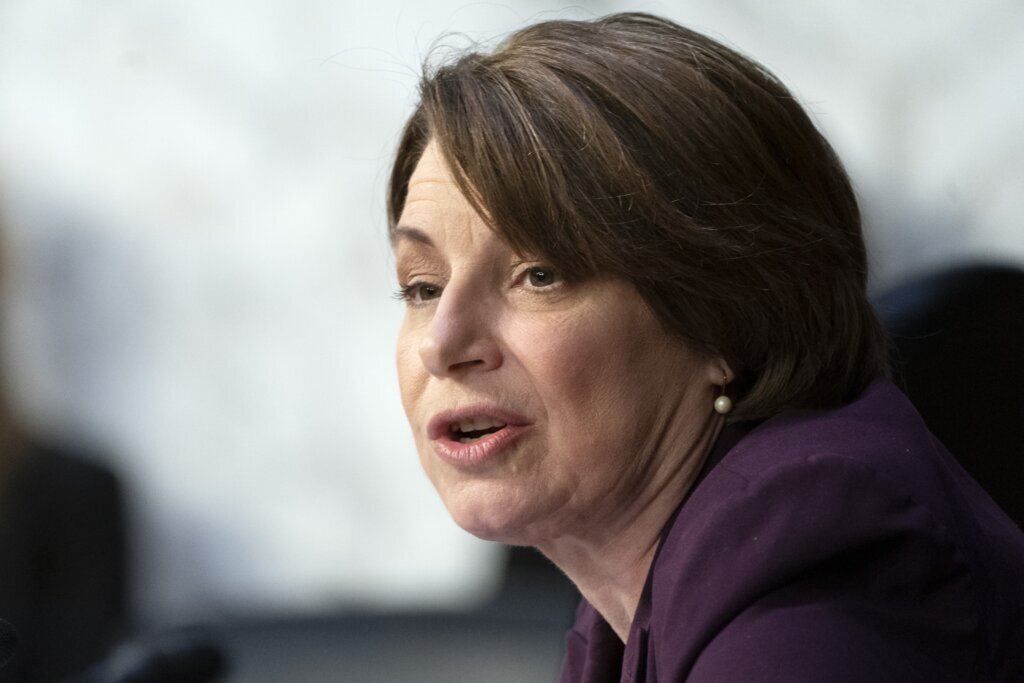 The central idea behind House and Senate bills to reform an arcane federal election law is simple: Congress should not decide presidential elections.

WASHINGTON (AP) — The central idea behind House and Senate bills to reform an arcane federal election law is simple: Congress should not decide presidential elections.

The bills are a direct response to the Jan. 6 insurrection and former President Donald Trump’s efforts to find a way around the Electoral Count Act, a 19th century law that governs, along with the U.S. Constitution, how states and Congress certify electors and declare presidential election winners. The House is voting on its version of the legislation on Wednesday, and a Senate committee will consider its bipartisan bill next week.

While the House bill is more expansive, the two bills would make similar changes, all aimed at ensuring that the popular vote from each state is protected from manipulation by bad actors or partisans who want to overturn the will of the voters.

House Administration Committee Chairwoman Zoe Lofgren, D-Calif., a lead sponsor of the House bill, says people who wanted to overturn the 2020 election took advantage of ambiguous language “to have Congress play a role that they really aren’t supposed to play.”

Supporters in both chambers — Democrats and some Republicans — want to pass an overhaul before the start of the next Congress and ahead of the 2024 presidential campaign cycle, as Trump has signaled that he might run again. Ten GOP senators have backed the legislation, likely giving Democrats the votes they need to break a filibuster and pass their electoral bill in the 50-50 Senate.

A look at what the two bills would do:

Lawmakers and legal experts have long said the 1887 law is vague and vulnerable to abuse, and Democrats saw Trump’s efforts to overturn his defeat ahead of Jan. 6, 2021, as a final straw. Supporters of the former president attacked the Capitol that day, echoing his false claims of widespread election fraud, interrupting the congressional certification of Joe Biden’s victory and calling for Vice President Mike Pence’s death because he wouldn’t try to block Biden from becoming president.

Both the House and Senate bills would clarify that the vice president’s role presiding over the congressional certification every Jan. 6 after a presidential election is “ministerial” and that he or she has no power to determine the results of the election — an effort to make that point emphatically in the law after Trump and some of his allies put massive pressure on Pence. He resisted those entreaties, but many lawmakers were concerned that the law wasn’t clear enough on that point.

The Senate bill states that the vice president “shall have no power to solely determine, accept, reject, or otherwise adjudicate or resolve disputes over the proper list of electors, the validity of electors, or the votes of electors.” The House bill has similar language and adds that the vice president “shall not order any delay in counting or preside over any period of delay in counting electoral votes.”

The two bills would also make it more difficult for lawmakers to object to a particular state’s electoral votes. Under current law, just one member of the Senate and one member of the House need to lodge an objection to automatically trigger votes in both chambers on whether to overturn or discard a state’s presidential election results. Both bills would significantly raise that threshold, with the House bill requiring a third of each chamber to object and the Senate bill requiring a fifth of each chamber to object.

The House bill goes even further, specifying very narrow grounds for the objections, such as if certain electors are ineligible under the law or if a state submitted too many votes.

Brookings Institution Fellow Norm Eisen, a legal expert who consulted with lawmakers writing the legislation, said the House bill puts tighter parameters around “opportunities for mischief” by lawmakers who may be taking sides.

Both bills would ensure that there is one “single, conclusive slate of electors,” as senators put it, a response to Trump allies’ unsuccessful efforts to create alternate, illegitimate slates of Trump electors in states that Biden narrowly won in 2020.

Each state’s governor would be required to submit the electors, which are sent under a formal process to Congress and opened at the rostrum during the congressional session on Jan. 6 after every presidential election. The House and the Senate bills would also establish legal processes if any of those electors are challenged by a presidential candidate.

The House and Senate legislation would also revise language in current law that wasn’t challenged during the 2020 election, but that lawmakers think could be vulnerable to abuse. The law now allows state legislatures to override the popular vote in their states by calling a “failed election,” but the term is not defined under the law.

The Senate bill says a state could only move its presidential election day if there are “extraordinary and catastrophic” events that necessitate that to happen. House lawmakers and legal experts like Eisen have argued that the Senate language is still too vague, and the House bill would only allow such a delay if a federal judge agrees that there has been a genuine catastrophic event affecting enough ballots.

The House bill would also limit such a move to the affected geographic area and would require the extension to last no longer than five days after Election Day.

The House bill would add language to try to prohibit state or local officials from refusing to count valid votes in a presidential election or refusing to certify a legitimate election — an attempt to assuage some lawmakers’ fears that the next presidential candidate will follow Trump’s lead and try to pressure lower-level officials to overturn the results. Presidential candidates could go to court to force such a count.

The Senate bill has no such language.