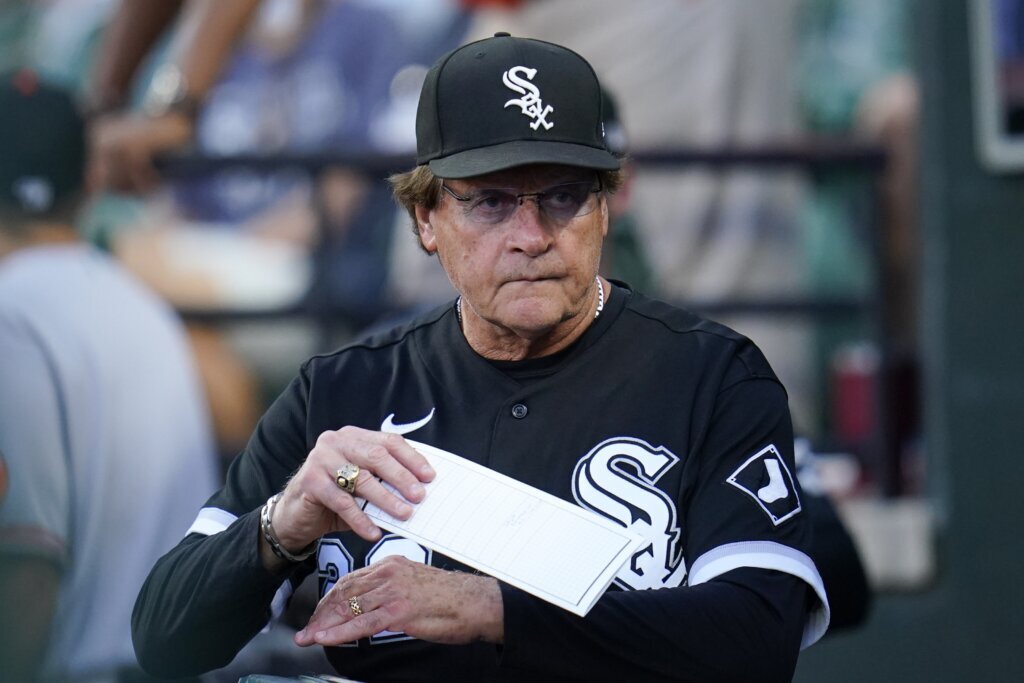 OAKLAND, Calif. (AP) — Chicago White Sox manager Tony La Russa has been cleared by his doctors to participate in…

OAKLAND, Calif. (AP) — Chicago White Sox manager Tony La Russa has been cleared by his doctors to participate in Sunday’s pregame ceremony for retiring Dave Stewart’s No. 34 jersey with the Oakland Athletics.

According to the White Sox, La Russa will travel with the team to Chicago after the series finale against the A’s, but the 77-year-old Hall of Famer hasn’t been cleared to return to the dugout as an active manager.

La Russa managed Stewart during some of his best years in Oakland, including four straight 20-win seasons from 1987-1990 and the team’s World Series championship in 1989.

La Russa missed his 12th straight game Saturday because of an unspecified health issue. Bench coach Miguel Cairo has been running the defending AL Central champions while La Russa is away.

“Just knowing he’s healthy is amazing. It’s always scary when health issues happen, and just glad to have him back,” said Andrew Vaughn, who got four hits Saturday as Chicago beat the A’s 10-2.