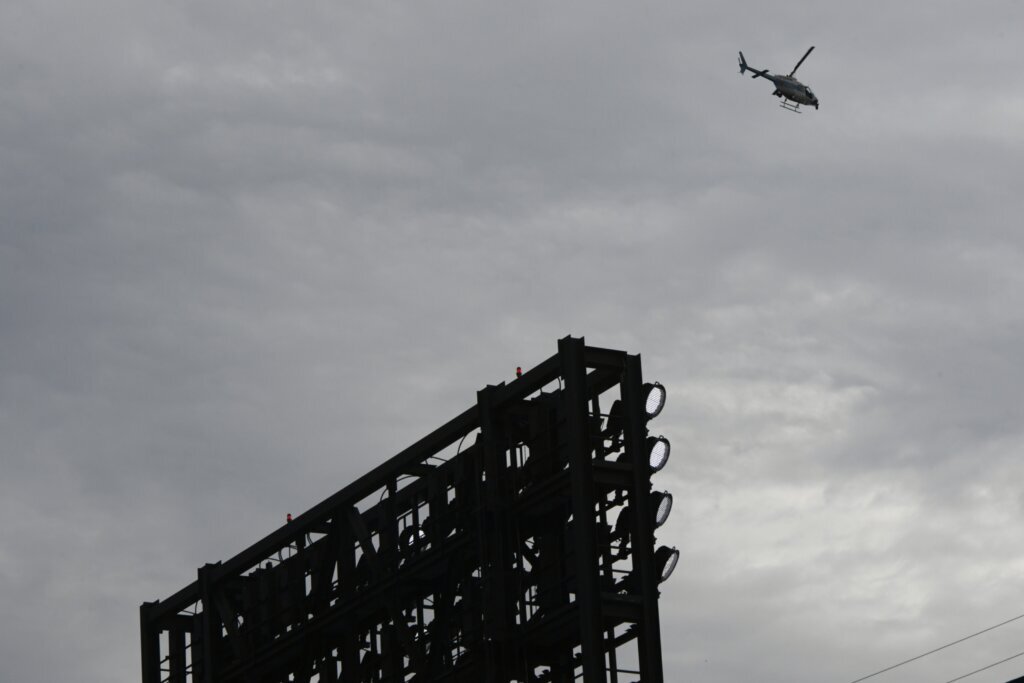 CHICAGO (AP) — The Chicago White Sox talked to Major League Baseball on Monday about postponing their game against the Minnesota Twins after a gunman opened fire on an Independence Day parade in suburban Chicago, killing at least six people.

After speaking with MLB and contact with local authorities, the game began on time. The postgame fireworks show was canceled, and a moment of silence was observed before the first pitch.

“Our hearts are with the Highland Park community,” the White Sox said in a statement. “The entire Chicago White Sox organization expresses our deepest sympathies to the families and friends of the innocent victims of today’s horrific shooting and all of those who have been affected by this tragedy.”

The gunman wounded at least 30 and sent hundreds of marchers, parents with strollers and children on bicycles fleeing in terror, police said. A 22-year-old man identified as a person of interest was taken into custody following an hourslong manhunt.

Several nearby cities canceled events, including parades and fireworks, some of them noting at the time that the Highland Park shooter was still at large.

The July 4 shooting was just the latest to shatter the rituals of American life. Schools, churches, grocery stores and now community parades have all become killing grounds in recent months.

“Even when there’s an explanation, there’s no explanation. It doesn’t make sense.”

Highland Park is a close-knit community of about 30,000 people located on the shores of Lake Michigan just north of Chicago, with mansions and sprawling lakeside estates that have long drawn the rich and sometimes famous, including NBA legend Michael Jordan, who lived in the city for years when he played for the Chicago Bulls.

“What happened today in Highland Park was horrifying and senseless,” the Bulls said in a statement. “Over the years, Highland Park has been home to many members of Bulls nation, including a number of Bulls players and staff. Our connection with the community is personal, and it holds a particularly special place in our heart.

“We are grieving with the community and everyone affected, and we support them as we all mourn this tragedy.”

The Cubs said they “ are heartbroken and grief-stricken ” over the violence. The NFL’s Bears called the shooting “ senseless and disgraceful,” and the NHL’s Blackhawks also expressed their grief.

“Everyone deserves to feel safe where they live, work and play, and this simply cannot be accepted as commonplace,” the Blackhawks said in their statement.

“You have 4 years left on your contract; You’re playing for the Nets next year, with Kyrie and Ben Simmons”