Who is The Rock’s daughter Simone and what is her name in WWE as she prepares for her debut?

THE ROCK’s daughter has revealed her wrestling name as she bids to become the WWE’s first fourth-generation superstar.

Simone Johnson was snapped up by wrestling’s premier promotion in February 2020 and promptly began training at the WWE Performance Center in Florida.

What is The Rock’s daughter’s wrestling name?

Two years after joining the WWE’s books, Simone Johnson will now go by the name of Ava Raine.

Johnson, 20, revealed her new name via her Instagram story, sharing an image of a black background with the words Ava Raine written in red.

Reacting to the criticism of her abandoning her family name, she tweeted: “I probably sound like a broken record & hopefully, this is the last I’ll mention this.

“But I don’t understand why people being portrayed as separate individuals from their family name is such a heated topic. 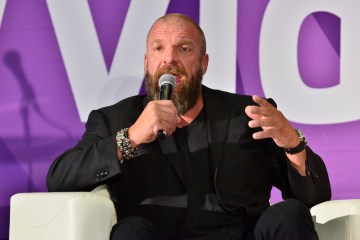 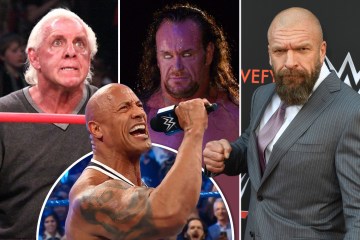 “A name doesn’t discredit any prior accomplishments from any family.

“[I] could build my entire career around my father & people would still bash me anyway.”

Who is Simone Johnson?

She would follow in the footsteps of her great-grandfather ‘High Chief’ Peter Maiva, her grandfather Rocky Johnson and her father.

Illustrious family history aside, Johnson’s biggest fear is failing to live up to her own expectations.

During an appearance on the Swerve City podcast, she said: “Never meeting expectations that I have on myself, I think that would probably be the biggest one.

“And just, like, not living up to the legacy.

“But then, when I think about that, I also feel like that’s, in a way, comparing myself.

“So I feel like probably just never falling into that trap of comparing myself.

What has The Rock said about his daughter wrestling?

Proud dad Dwayne gushed about his daughter pursuing a career in wrestling during an appearance on The Tonight Show.

The 50-year-old told host Jimmy Fallon: “She signed her contract with the WWE and you know it blows my mind.

“First of all, what an honour that my daughter wants to follow in my footsteps.

“But more importantly, follow in my footsteps sounds cliche, but she actually wants to create and blaze her own path, which is so important.”

American U. adds fleet of E-scooters ahead of fall term