Why does Serena Williams wear plasters on her face when she plays?

SERENA WILLIAMS is back at the US Open in what could be the final Grand Slam tilt of a glittering career.

The American legend, 40, is expected to retire from tennis following her Flushing Meadows campaign.

Why does Serena Williams wear tape on her face during matches?

Eagle-eyed fans have spotted Williams wearing black plasters or medical tape on her face when she is playing.

Some supporters had no clue as to what the reason behind this mysterious tape was. 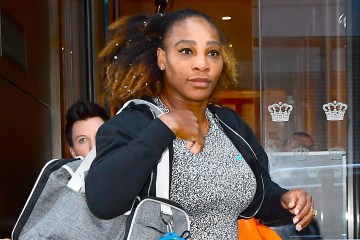 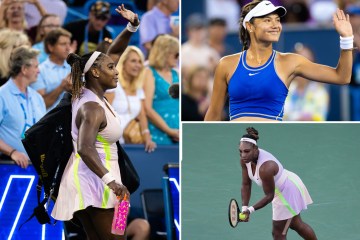 While reports suggest that the American icon suffers from sinus problems and wearing them relieves pressure.

Which is a medical issue Serena did confirm back in 2007.

What did Serena Williams say?

In 2007, Serena addressed reporters to launch a campaign for sinus medications and to help share the awareness around it.

The tennis great said: “My secret’s out. I’m a sinus sufferer. Playing tennis or pretty much doing anything every day is not easy when you have sinuses.”

“You feel a lot of pressure, congestion and pain and training from Grand Slams such the ones coming up like Wimbledon and the French Open, it’s not easy.

“It’s not easy to play when you have all this pressure. The last thing I want to do is go out on a tennis court and play (sister) Venus and be tired. That’s not fun at all, especially against her, she’s so tough.”