I WAS ordered by Iran’s security to wear a hijab in Austria to interview boss Carlos Quieroz and the players after a friendly with Uruguay.

Many have asked why I didn’t refuse to wear one as a show of support to the women’s rights protests in the country after the death of Mahsa Amini.

What is happening in Iran right now?

Amini, 22, was beaten to death by Iran’s morality police for failing to comply with the country’s strict hijab rules, it has been alleged.

The incident sparked mass violent protests in the country with the death toll rising each day.

Officially at least 76 people have died during 11 days of unrest so far.

Women have also been burning their hijabs and the government has shut off the internet in parts of the country. 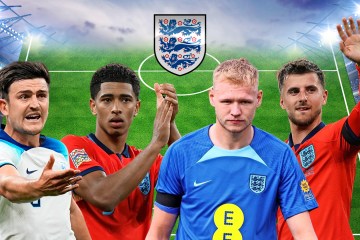 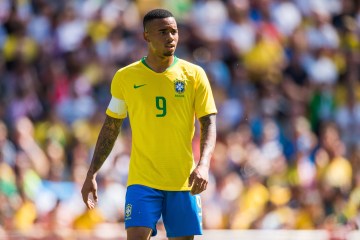 The country’s President Ebrahim Raisi warned protestors would be “dealt with decisively” in a chilling message amid the violent crackdown.

During the protests, Iran, England’s Group B rivals at the Qatar World Cup, faced Uruguay in a friendly in Austria last Friday.

The day before the match journalists were banned by Iran over fears of giving their domestic issues a platform in Europe.

After a mediation from European-based Iranian journalists they decided on the morning of the game to let reporters in.

During the match two protesters with signs for Amini were ejected by a group of around ten Austrian police officers.

Reporters were also told there would be no access to interviews with Iran boss and former Manchester United No2 Carlos Quieroz.

I wasn’t going to take no for an answer with the interviews and planned to visit the team’s hotel the day after the match (Saturday).

A member of the team’s security said it was a requirement to cover my hair if I was to speak with Quieroz and any of the players.

I had asked as only a day before President Raisi had cancelled his first-ever interview on US soil because reporter Christiane Amanpour refused to wear a headscarf.

Spied on by security

It is difficult to cover the team because their head of security Mohammed Hossein Hamisi is always watching them.

Hamisi is said to have close links with the Islamic Republic of Iran government and sends reports back to them on any suspicious activity surrounding the team.

When I arrived the Eventhotel Pyramide in Vienna and was waiting for the players to come out for training Hamisi was spying on me from a window above.

That made it clear to me that I wouldn’t be able to access the team without wearing the hijab.

The hijab request had not come from Quieroz, the players or his press officer Aryan Ghasemi – who were all friendly and cooperative with reporters.

When I arrived at the team hotel on Saturday, Ghasemi said: “It is funny but very nice that you wore one (a hijab). We are flattered. You look beautiful.”

Later I asked twice if female journalists covering Iran at the Qatar World Cup would have to wear a head scarf – but did not get a response.

Why I wore one

It became clear I would not get access to the team of Quieroz if I didn’t wear one.

I felt it was important to at least try and not go home empty handed while violent protests continue in Iran.

I wanted to atleast get into the hotel and ask questions about the issue and Amini’s tragic death to give it a platform in Europe.

Unfortunately even when I got access to the team’s hotel and was promised a short sit down interview with Quieroz, this never materialised.

When I bumped into Iran midfielder Omid Ebrahimi he was very friendly but said he wasn’t permitted to do an interview.

At the very least on returning to the UK we got Amini’s name and the protests in articles and also explained how Iran’s government had tried to scare us off from covering the team.

Bayer Leverkusen forward Sardar Azmoun has since risked being sacked from the Iran football team after slamming the country’s government for “killing easily”.

He bravely came out in support of the women’s rights protests and said they had “restrictive laws” placed on them in the team.