LEGENDARY Olympian Sir Mo Farah might have called it quits on his athletics track career – but will he be at the 2022 London Marathon?

The four-time gold medallist brought sadness to the athletics world when he announced his retirement from the grand stage.

Which means that Team GB will have to rely on someone else to take the long distance reigns at the Paris 2024 Olympic games.

But will fans get to see Sir Mo Farah run at the London Marathon event later on this year?

Will Mo Farah be at the 2022 London Marathon event?

Mo Farah revealed on the week of the London Marathon that he will not be running this year because of a hip injury,

Though it is expected he will run at the 2023 race next April to fulfil a contractual agreement even though he will be 40 by then.

Farah said: “I’ve been training really hard over the past few months.

“I’d got myself back into good shape and was feeling pretty optimistic about being able to put in a good performance at the London Marathon.

“However, over the past 10 days I’ve been feeling pain and tightness in my right hip. 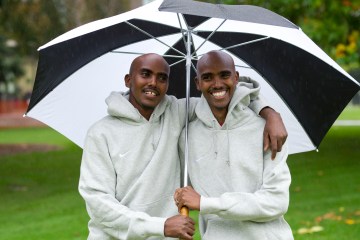 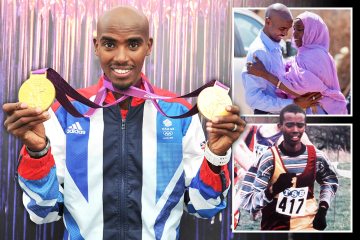 “I’ve had extensive physio and treatment and done everything I can to be on the start line but it hasn’t improved enough to compete on Sunday.

“It’s really disappointing to have to withdraw after a good last few months.

“I have always loved racing in front of my home crowd in London, who always give all of us athletes such amazing support.

“I wish everyone taking part on Sunday a good run and I hope to be back out there with you in April 2023.”

Sunday’s race was supposed to have been Farah’s first marathon since Chicago in 2019 as he has struggled with injuries.

Farah revealed in a BBC documentary in July that he was illegally smuggled to the UK from Somalia as a child.

He also said he had hidden the truth about his background and even his name is not real.

When is the 2022 London Marathon and can I watch it for FREE on TV?

This year’s London Marathon is scheduled to take place on Sunday, October 2.

And the route includes runners to pass by London landmarks such as the Shard, across Tower Bridge and the London eye but it will start from Blackheath in Greenwich.

UK citizens with a valid TV license can watch all the action for FREE on the BBC iPlayer app or the BBC Sport website.