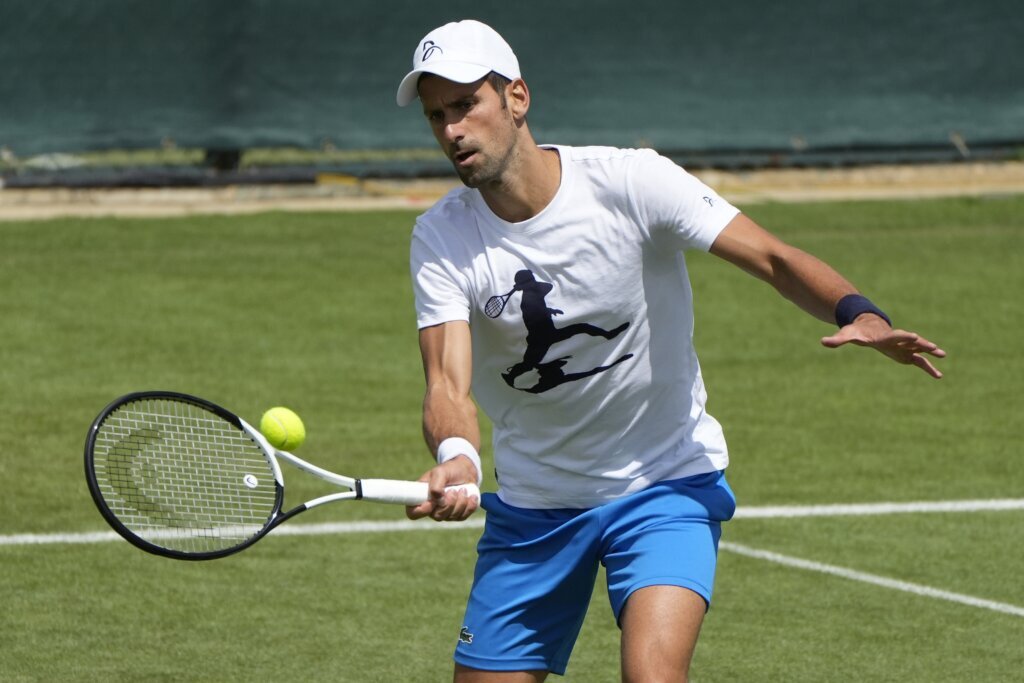 WIMBLEDON, England (AP) — The Latest from Wimbledon (all times local):

Defending champion Novak Djokovic will take the traditional spot in the first match at Centre Court on the opening day of Wimbledon.

The six-time champion, who has won the last three men’s singles titles at the All England Club, will face 81st-ranked Kwon Soon-woo in the first round.

A victory would be Djokovic’s 80th at the All England Club, which would make him the first man or woman to have won at least that many matches at each of the four major tournaments.

Two locals will fill the other slots in the main stadium.

Emma Raducanu, who won the U.S. Open at the age of 18 last September, will be next on Centre Court, facing Alison Van Utyvanck of Belgium. Then comes Andy Murray, a three-time major champion who won the Wimbledon title in both 2013 and 2016. He will play James Duckworth of Australia.