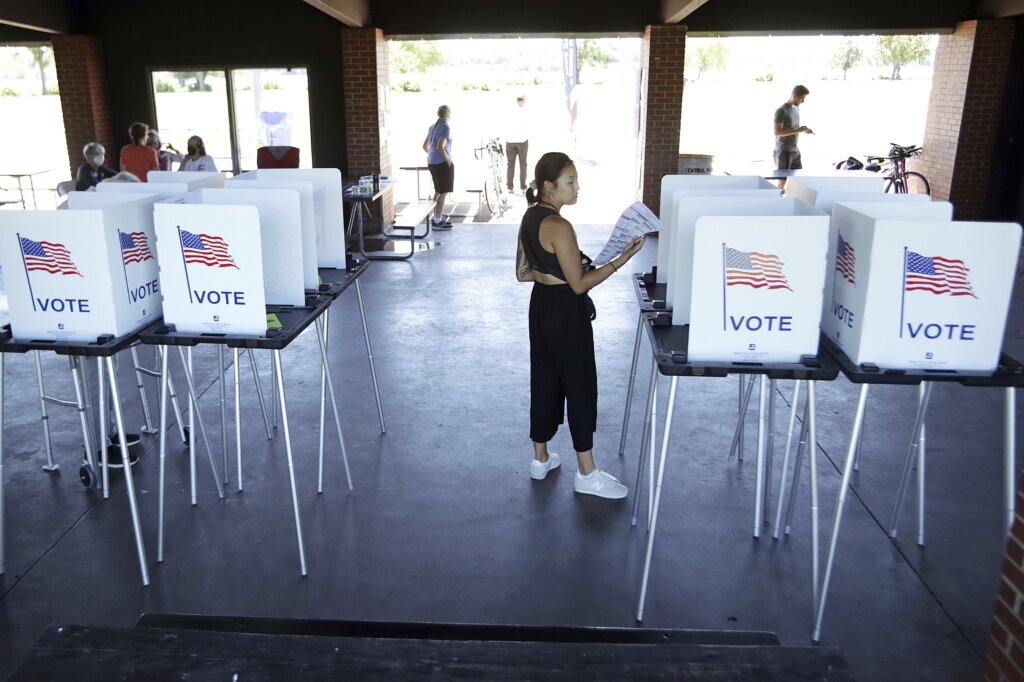 MADISON, Wis. (AP) — Wisconsin’s bipartisan elections agency, which has been under fire from Republicans since Donald Trump’s loss in…

MADISON, Wis. (AP) — Wisconsin’s bipartisan elections agency, which has been under fire from Republicans since Donald Trump’s loss in 2020, voted unanimously Wednesday to ask the GOP-controlled Legislature to pay for additional staff to increase the accuracy and confidence in election results, help the public better understand how elections work and more quickly process complaints.

The Wisconsin Elections Commission approved the proposal at its Wednesday meeting to seek $1.3 million to hire 10 people and create an Elections Inspector General program.

“This office would not be about dwelling in the past or giving credence to claims that threaten the credibility of Wisconsin’s accurate and secure elections,” said Meagan Wolfe, the commission’s administrator and top elections official in Wisconsin.

The commission has been at the heart of many complaints lodged by Trump, Republican lawmakers and others related to guidance it gave local election officials for the 2020 election. The Wisconsin Supreme Court ruled that absentee ballot drop boxes are illegal even though the commission issued guidance allowing them, and there are ongoing legal fights over who can legally return an absentee ballot and whether election clerks can fill in missing information on envelopes that contain absentee ballots.

In the face of that criticism, the commission was proposing creating the new office to “promote best practices designed to increase accuracy of and confidence in election results,” according to materials prepared by commission staff that were discussed at Wednesday’s meeting. The office would also increase the agency’s ability to more quickly research inquiries from both the public and lawmakers, especially those alleging illegal behavior, the agency said.

The agency said that since 2016, the average number of public records requests received by the commission has increased from two per month to more than 16 per month. The number of complaints has also skyrocketed, Wolfe said. They were 15 a year before 2020, but this year, the commission is on pace to receive more than 100, she said

“Public engagement and scrutiny of election administration is higher than at any other point in the commission’s seven-year history,” Wolfe said.

Creating the office to better handle those requests “would be one clear and decisive step toward creating a more effective, efficient agency that will better address citizen concerns and requests and thus increase public confidence in our elections,” the agency said.

The proposed office would also include a legislative liaison and a communications specialist whose job it would be to convey the office’s findings to lawmakers and the public, the agency said.

Don Millis, the Republican chair of the elections commission, supported the new office, saying it would increase the integrity of and confidence in elections. The election inspector general would be hired by the commission administrator and report to that person.

Despite the commission’s vote of approval Wednesday, creating the new office faces major hurdles. It would have to be approved by the Legislature, which includes many Republicans who want to dissolve the commission entirely, and then be signed into law by the next governor. Those votes would not happen until the summer of 2023.

Republican state Sen. Howard Marklein, co-chair of the Legislature’s budget committee that would vote on creating the new office, had no comment on the proposal. Other Republican legislative leaders did not immediately respond to messages.

Democratic Gov. Tony Evers supports the commission, which the Republican-controlled Legislature created. But his Republican challenger Tim Michels, who is endorsed by Trump and has left open the possibility of trying to decertify his 2020 loss, wants to create a new commission.

Michels and Evers did not immediately reply to messages.

With Nitish by his side, Telangana CM in Patna calls for ‘BJP mukt Bharat’